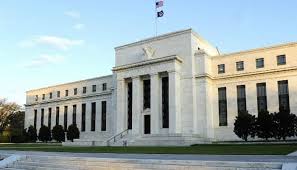 The Fed Just Raised Interest Rates. 3 Ways That Will Impact You

The Federal Reserve took one more step toward removing the stimulative policies that still linger from the aftermath of the financial crisis. The U.S. central bank, though, is not quite there yet.

The move hardly comes as a surprise after Fed officials including Chair Janet Yellen foreshadowed a rate hike in speeches starting about two weeks ago. Since then, strong economic data particularly on the job market, had only further boosted expectations of a rate hike.

What investors, economists, and borrowers, however, have been waiting to find out is the Fed’s updated economic projections, which also came out on Wednesday. Those projections were pretty much in line with what the Fed had said the last time it increased its projections, which was in December. That suggests Fed officials opinion of how much Trump can boost the economy has not changed since the President took office.

Here’s what the rate hike means for the average American.

Better job, higher pay? First, the Fed would only be raising rates if it was confident the economy would continue to improve. That’s good news for Main Street even as interest rates rise, because continued growth hopefully comes along with more jobs and eventually, rising wages as well. The Fed, in its statement, said it expects “labor market conditions will strengthen somewhat further.”

With the unemployment rate at 4.7% in February, the job market is already considered near “full employment” by several Fed officials. Meanwhile, the Fed’s preferred measure of inflation shows prices are up 1.9% over the 12 months ending in January, inching closer to the central bank’s goal of 2% inflation per year.

So why doesn’t it feel like you’ve gotten a raise yet? A separate report released early Wednesday morning, shows that after adjusting for inflation, average wages were flat in February.

Mortgage rates will rise: Looking to buy a house? You might want to act sooner rather than later.

As the Fed actively tried to boost the housing market following the crisis, the rate on a 30-year fix mortgage fell its all-time low in November 2012, at just 3.31%. But as the Fed raises its key interest rate, the cost of a home loan is moving higher as well.

As of last week, the average interest on a 30-year mortgage was 4.21%, and in the next two weeks, it could rise to 4.5%, forecasts Matthew Pointon, a property economist for Capital Economics.

Meanwhile, home prices are expected to rise 4.6% in 2017, according to a Zillow survey of economists.

This means new homebuyers could be hit by a double whammy of higher home prices AND higher borrowing rates.

“When you combine higher mortgage rates with increasing home values, mortgage affordability starts to suffer, and buyers will have to spend more and more on their monthly payments,” Zillow Chief Economist Svenja Gudell noted in a recent press release.

But don’t expect the banks to suddenly pay higher interest on your savings account.

If you want higher rates, look to smaller players like fintech startups, online banks, community banks, or credit unions, which may raise their rates faster following a Fed rate hike as they attempt to attract more deposits away from the major banks.

“If you want to find better yields on savings accounts and CDs in this environment where the Fed is raising rates—you have to go to find it. You can’t expect it to land in your lap,” Greg McBride, chief financial analyst for Bankrate.com, told Fortune last week.