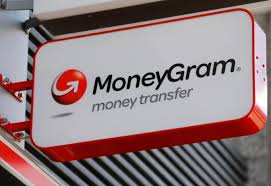 Euronet said its offer for each MoneyGram common share and preferred stock, on an as-converted basis, valued the company at more than $ 1 billion, in addition to the assumption of about $ 940 million of MoneyGram’s debt outstanding.

Ant Financial Services Group, the payment affiliate of Chinese e-commerce firm Alibaba Group Holding Ltd, on Jan. 26 offered to buy all of MoneyGram’s common and preferred shares on a fully diluted basis in a deal valued at about $ 880 million. It said it would also assume or refinance MoneyGram’s outstanding debt.

Based on MoneyGram’s roughly 53 million outstanding shares, Euronet’s bid is valued at about $ 807 million, higher than Ant Financial’s offer of about $ 703 million, according to Reuters calculations.

Euronet said that unlike the Ant Financial deal, a Euronet-MoneyGram tie-up would not require a review by the Committee on Foreign Investment in the United States (CFIUS).

CFIUS, a U.S. inter-agency panel that reviews foreign acquisitions of domestic assets for national security concerns, has been a stumbling block for several Chinese deals in the Unites States.

MoneyGram and Ant Financial were not immediately available for comment.