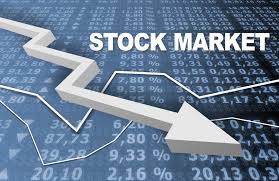 The heavy snow-storm expected to bulldoze through the Midwest and Northeast Tuesday has already resulted in over 6,500 cancellations over the next between Monday and Wednesday.

Aside from leaving some irate travelers stuck in airports across the country, the Tuesday blizzard also chilled investors in the airline space on Monday.

And some investors may think the blizzard could worsen those results.

The thousands of cancellations as a result of the blizzard are “the icing on the cake,” Higgins said.

At any rate, Berkshire Hathaway, helmed Warren Buffett, has already been cut by the losses in airline stocks Monday.

Berkshire first revealed in February that it had added to its airline portfolio. Based on the company’s Securities and Exchange Commission filings and Monday’s stock prices, Berkshire Hathaway’s stake in American Airlines, United Airlines, and Delta Airlines together have fallen some $ 450 million since the fourth quarter of 2016, But Southwest Airlines rose $ 300 million between then and Monday—helping limit the losses to just 2%, or $ 150 million, of Berkshire’s airline portfolio.

Either way, its unlikely to phase Buffett, who is usually looks at a stock’s performance over the course of several years rather than a few weeks.