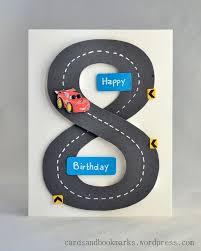 The current bull market in stocks celebrates its 8th anniversary on Thursday. That run has lasted far longer than most experts predicted—and it has gone farther than Wall Street forecasters expected just a few months ago.

We’re barely two months into the year, and the S&P 500 has already reached or surpassed the full-year expected targets for 2017 set by many of Wall Street’s top firms. In a Bloomberg survey from December of analysts from many of the nation’s heavy-hitting brokerages, the median forecast pegged the S&P 500 to be sitting at 2,340—at the end of this year.

The index has already surpassed that mark, rising more than 6% so far in 2017 to peak at 2,396 on March 1. (It has since retreated a bit, closing Wednesday at 2,363.) This has been the acceleration of a longer surge that took hold after President Trump was elected. Since November, investors have driven the S&P 500 up 11% on the back of Trump’s promises to cut corporate taxes and ease regulations.

Overall, the S&P 500 is up 255% since hitting an intraday low of 666 on March 9, 2009. Historically, the average bull market has lasted four-and-a-half years from trough to peak, according to research from J.P. Morgan Asset Management.

Now the question is how much longer the current bull will continue. And it appears many large players in the stock markets are already anticipating some sort of pullback relatively soon. Despite the sharp growth in the market in January and February, many of the brokerages surveyed haven’t adjusted their year-end forecast upward very much, if at all, indicating they feel the market is either at or very near its peak for the year.

The median forecast for 2017 rose only 10 points, to 2,350 (below the market’s current level), when Bloomberg surveyed analysts again in March. Barclays, for example, hasn’t budged off its target of 2,400, though it has moved its combined 2017 earnings per share estimate for the companies in the index up from $ 127 to $ 130. Credit Suisse and UBS, which both forecast 2,300 in December, have not changed their predictions for the index’s level or earnings per share.

There are some more optimistic views among those surveyed. Deutsche Bank has raised its forecast 200 points, to 2,600, and Bank of America has added 150 points to its prediction, bringing its estimate to 2,450.

Whether or not the S&P 500 continues its rise is likely to heavily depend on the impact of Trump’s economic agenda. The market’s run has been fueled by speculation that Trump will be a boon for business, but the biggest elements of his policy wish list—including the repeal of the Affordable Care Act and his tax reforms—have uncertain prospects in Congress. What’s more, any changes in tax law wouldn’t go into effect until 2018 at the earliest; if the current bull run is factoring in those changes already, then a slowdown in the stock surge may not be far away. Hope is better than despair, but at some point pragmatism may win out.