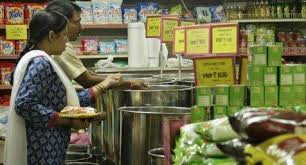 Indian inflation likely picked up for the first time in seven months in February as rising food prices began to bite, but it remained below the central bank’s medium-term target, a Reuters poll found.

Prime Minister Narendra Modi’s ban on high-value bank notes in November hurt demand in the largely cash-driven economy and consumer price inflation has since been below the Reserve Bank of India’s 4 percent target.

According to the poll of over 25 economists, the inflation rate for February rose to a three-month high of 3.58 percent from 3.17 percent in January.

“The food component is largely seen responsible for the expected upswing in inflation trajectory, with core inflation also likely to pick up pace faster than what it has been in the last couple of months,” said Anjali Verma, chief economist at PhillipCapital India.

Among the food components, fruit and vegetable prices, which have been contracting for the last 6 months, are largely expected to contribute to the rise in February, she added.

The government’s demonetization drive removed 86 percent of the currency in circulation, hitting companies, farmers and households.

Factory and services activity felt the brunt of the currency ban, contracting in the month after the move was announced.

Since then, demand has slowly recovered and the services industry, which constitutes around 60 percent of India’s gross domestic product, returned to growth in February.

India’s economy grew 7 percent in the October-December quarter of 2016, beating more modest expectations in a Reuters poll for 6.4 percent but slower than the July-September quarter reading of 7.4 percent.

The central bank cited risks of high inflation when it left the benchmark lending rate unchanged at 6.25 percent and changed the policy stance to “neutral” from “accommodative” in last month’s meeting.

Wholesale price inflation is also expected to have picked up last month, to 5.90 percent from 5.25 percent in January, according to the poll. That would be its highest reading since May 2014.

Industrial output likely accelerated 0.5 percent in January from a year ago after falling 0.4 percent in December.