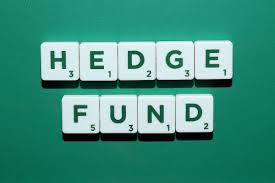 For hedge fund managers this year, it pays to be a woman.

In the first two months of 2017, hedge funds owned or managed by women returned 3.65%, significantly outperforming the overall hedge fund industry, which returned 2.23% over the same period, according to Hedge Fund Research (HFR).

That means that if you had invested $ 1 million in the typical hedge fund—the vast majority of which are run by men—at the beginning of the year, you’d now be $ 22,300 richer. But if you’d instead invested the $ 1 million with a female hedge fund manager, you’d already have made $ 36,500, or $ 14,200 more than if you’d gone the traditional route. (There are 49 women-led hedge funds included in HFR’s index, which means the make up barely 2% of the 2,100 funds in the category.)

Unfortunately for hedge funds, you could have made more money still had you just invested in the S&P 500, which returned 5.94% over the past two months (including dividends), outperforming every single hedge fund strategy tracked by HFR.

Still, hedge funds are counting as a win the simple fact that they are making money instead of losing it. The HFRI Fund Weighted Composite Index, HFR’s proxy for the broader hedge fund industry, rose 5.46% last year after sinking in 2015. But the hedge fund index has lagged behind the S&P 500 every year since the 2008 financial crisis.

Hedge funds’ underperformance, however, is at least helping Warren Buffett win his own “Million-Dollar Bet,” a wager by the Berkshire Hathaway (brk.a) CEO that a Vanguard S&P 500 index fund would perform better than hedge funds over time. After the first nine years of Buffett’s 10-year bet, his S&P 500 fund has returned 85.4%—far more than its five hedge fund challengers, the best of which has returned only 62.8%.

Even activist hedge funds are off to a mediocre start in 2017, despite the fact that two of this year’s top-performing stocks in the S&P 500 have soared as a result of activist investors’ campaigns. CSX (csx) stock, for one, rose 33% through February after Paul Hilal’s activist hedge fund Mantle Ridge launched a successful campaign to replace the railroad company’s CEO with Hunter Harrison. And shares of aerospace engineering company Arconic (arnc) gained more than 46% over the past two months, spurred by activist hedge fund Elliott Management’s efforts to shake it up.

Pershing Square’s Bill Ackman, the activist hedge fund manager (and Hilal’s former boss), for his part, was briefly beating the market in mid-February, but by the end of the month had lost his edge, after stocks including Valeant Pharmaceuticals (vrx) and Chipotle (cmg) took nosedives. (There are too few female activist investors to compare activist hedge funds by gender, but you can read about the only woman applying the strategy at U.S. companies, Dianne McKeever of Ides Capital, in Fortune’s profile here.)

There’s mounting evidence that hedge fund investors have lost patience with the asset class: Investors pulled $ 5.2 billion out of hedge funds in January, the industry’s fifth month of net outflows in a row, according to eVestment. That followed the $ 106 billion withdrawn in 2016, hedge funds’ worst year of outflows since the financial crisis.