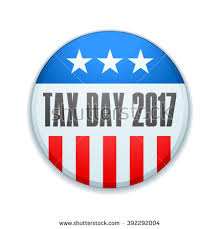 The answer to the question: “When is Tax Day?” appears to be simple. April 15 is traditionally the last day you can rush to TurboTax with W-2 forms in hand to file your annual return, but the reality is much different and varies across the country.

For most taxpayers, the deadline for filing and paying taxes is April 18, a Tuesday. This year, April 15 falls on a Saturday, and while one might think Tax Day would be bumped to the following Monday, IRS agents will not be in the office on April 17 in observance of Emancipation Day, a holiday in Washington, D.C. that commemorates the day President Abraham Lincoln freed slaves.

So, April 18 it is … for the most part. In parts of Georgia and Mississippi, some people have until May 31 to file and pay their taxes, while portions of Louisiana have until June 30, the Wall Street Journal reports. And deadlines can vary among taxpayers who live and work abroad or for military members who are serving in combat zones, according to the Journal.

And then there are the procrastinators. The Journal reports that filers can use the April 18 deadline to request an additional six months to send in their taxes. (You still have to pay what you owe on time, however.) The six-month extension ends on Oct. 16.