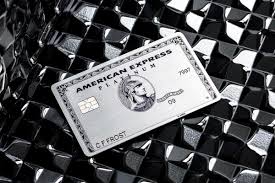 American Express will begin to offer this month $ 200 a year in Uber rides, plus other new perks, on its Platinum charge cards as it fights to protect its high-end market from JPMorgan Chase and Citigroup.

The new Platinum benefits will include richer credits for spending, access to more airport lounges, special dining and entertainment options and free use by family members of an American Express Gold card, according to Janey Whiteside, general manager of Global Charge Products, Benefits & Services for American Express (axp).

Both JPMorgan (jpm) and Citigroup (c), which has a $ 450-per-year Prestige card with its own mix of spending credits and perks, are using cards to try to eat away at American Express profit margins, which have long been higher than their own. The banks have also acted because banking regulations imposed after the financial crisis generally favor investing in card businesses over capital markets.

In August, JPMorgan stirred up the high-end card market when it introduced its $ 450-per-year Chase Sapphire Reserve card with an initial sign-up bonus worth as much as $ 1,500, plus $ 300 in annual travel credits and high credits for spending. The bank started making the cards out of metal to give them a luxurious feel.

The new Platinum benefits include up to $ 200 of payments for Uber rides within the United States. The card already offers $ 200 in annual credits for airline fees.

The increased competition has been a boon to websites such as NerdWallet.com and ThePointsGuy.com, which compare card costs and benefits from a consumer viewpoint.

American Express began working on the changes in the Platinum card before JPMorgan brought out its Sapphire Reserve card, Whiteside said in an interview on Wednesday.

“This is a response to listening to our customers,” she said. “We are always looking at ways to bring value to our card members.”

American Express kicked off the premium card market in 1966 when it introduced its Gold card, Whiteside said. It brought out the Platinum card in 1984.