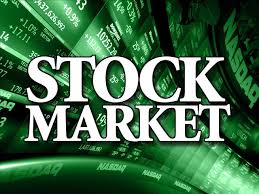 In fact, investors were so excited by Trump’s presidential tone and pro-growth policies expressed during the speech that they deemed the markets a whopping $ 724 billion more valuable than it was just 24 hours ago based on the S&P 500. That benchmark of the 500 biggest companies listed in the U.S. has risen $ 2.6 trillion more than before Trump’s election, bringing the total market cap of the S&P 500 to around $ 21.1 trillion.

The past day alone has accounted for nearly 28% of the capital investors have added to the S&P 500 since Trump’s election 113 days ago.

Stocks already looked expensive and stretched prior to Tuesday, as equities have rallied since Trump’s election on his plans to boost spending and cut taxes. From a historical perspective, the U.S. is due for a recession any time now (though current economic data suggests otherwise). Still, some investors have held back on worries about Trump’s protectionist trade tone, which are expected to hurt companies, and his ability to enact his promises. But at least part of those worries were soothed when Trump did not mention a border tax or his plan to dismantle NAFTA, and seemed more willing to cooperate with Congress on policy issues during his address.

“The market seemed to like the speech a lot, and the President’s tone sounded presidential and unifying, which is important,” wrote J.J. Kinahan, TD Ameritrade’s chief market strategist Wednesday. “A good CEO paints a picture and a vision, and President Trump did that for the country last night.”

The Fed’s more hawkish comments from late Tuesday were a sign of optimism in the U.S. economy, boosting stock markets, and especially banks. Banks have been one of the biggest beneficiaries of the Trump rally, thanks to his deregulatory tone. Banks are also expected to earn higher profits from interest rate hikes, which make bank loans more expensive for borrowers.

Interestingly, the market cap of the Dow Jones Industrial average companies has gained $ 149 billion since Tuesday’s close, and gained $ 659 billion since the election. That might not look like a lot compared to the gains posted by the S&P 500 companies — but it should be noted that the Dow only covers 30 major U.S. companies that are also happen to be on the S&P 500.

That also means the giants on the Dow, including Goldman Sachs, J.P. Morgan, and Apple, have accounted for 25% of the S&P 500’s rise since Trump’s election, though they account for just 6% of the companies on the index.

Still, with no real outline of an economic plans, equity investors are making a risky bet that market conditions will stay relatively stable until Trump and Congress manage to agree on a economic policy package.

The state of the stock markets are great for investors who have already held stocks for a while, but those dropping gold, cash, or treasuries for stocks right now will be buying some of the most expense stocks by price-to-earnings ratio, with the average for S&P 500 companies hovering around 23. Historically, that figure has been closer to 16.