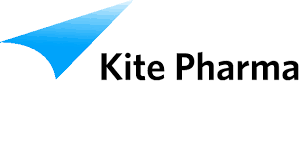 Kite Pharma’s stock blasted off in Tuesday trading thanks to impressive clinical trial results for a groundbreaking new type of blood cancer immunotherapy treatment. The shares closed up nearly 25% on more than ten times their average trading volume.

Kite’s drug candidate, dubbed KTE-C19, had already produced some impressive results three months into treatment. But one big lingering question was whether that strong effect would last long-term without exacerbating potentially dangerous side effects.

On that front, KTE-C19 shone. About a third of patients with aggressive forms of lymphoma that were no longer responding to other treatment types at all had a “complete response rate” six months out. That means that all signs of the cancers had disappeared in these patients. Furthermore, the incidence of a certain type of deadly side effect associated with CAR-T treatments called cytokine release syndrome actually declined at the six-month interval compared to the three-month interval.

While the technology behind these drugs is undoubtedly novel, especially considering their potential in patients who don’t have any other options, the therapies haven’t all exactly had smooth sailing. Juno, for instance, has grappled with patient deaths in its own trials.

Armed with the impressive new data, Kite said it plans to file an FDA marketing application for the drug by the end of next month. A first-to-market advantage in the space could be extremely lucrative given its high R&D costs.