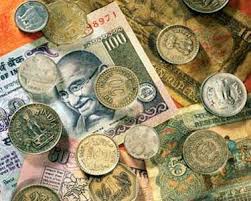 MUMBAI India’s annual economic growth slowed to 7.0 percent in the three months through December from a revised 7.4 percent expansion in the previous quarter, but it was much stronger than expected, government data showed on Tuesday.

Analysts polled by Reuters had forecast 6.4 percent growth for the October-December period.

The federal statistics office also retained the growth forecast for the fiscal year ending in March 2017 at 7.1 percent.

“The first estimate of Q3 FY17 GVA growth of 6.6 percent is surprisingly robust in light of the downward revision in Q1 and Q2 growth to 6.9 percent and 6.7 percent. This trend would make it appear as if demonetisation had no impact on economic activity, which is not supported by anecdotal evidence.

“The revised figures have revealed that growth in H1 FY2017, prior to the note ban, was sharply lower than what the earlier estimates had indicated.

“Our view, even before seeing the data, was that the early estimates draw very heavily from the information available from the formal sector. Therefore, given the fact that demonetisation would have hurt the informal sector relatively more adversely, we anyways expected that these numbers would possibly have to be revised downwards later on.

“Given the fact that the fall from H1 to Q3 is not much, I don’t think that we should then necessarily assume that the rebound in Q4 is going to be very sharp.

“We are still not ruling out one last rate cut, although the probability of that is very low.”

“The full year GVA (gross value added) growth of 6.7 percent is quite close to our assumption of 6.5 percent, and lower compared to the first advance estimate of 7 percent. But the downgrade seems to be more on account of lower first half growth.

“These trends contrast with the high-frequency data released over this period. We continue to assume that the subsequent growth revision would indicate lower growth in the October-December quarter as more data from the informal economy gets suitably accounted.”

“The number is better than expected, mostly driven by big rises in agriculture and manufacturing. This shows that the impact from demonetisation on growth has been less than expected, and therefore the overall effect on growth for the full year 2016/17 will be limited to that extent.

“We expect gross value added growth at around 6.7-6.8 percent for 2016/17. Since growth slowdown has been shallower than expected, and in line with RBI’s projections, the probability of rate cuts going ahead has come down.”

“The relevant measure for real sector activity is GVA (gross value added) at basic prices, which shows a correction of 110 basis points from 7.8 percent in FY16 to 6.7 percent in FY17 primarily driven by lesser growth in mining, manufacturing and key commercial services.

“However, as stated in the government’s Economic Survey, the current year’s growth appears to be overstated as our National Accounts Statistics does not adequately capture activities from the unorganised sector.

“Placing agricultural growth at 4.4 percent for FY17 before the final assessment of rabi crop is a bit dicey. While the numbers make sense in terms of direction of change, their actual magnitude appears to be overstated.”

“It’s a slight positive surprise the fact that they have not revised FY17 numbers downwards. That is clearly showing that it is the financials which have saved the GDP. I think Q4 should be slightly better than the third quarter.

“It is not going to have any impact in rate cuts because (RBI is) focused on inflation. This will rather boost their argument of shifting from accommodative to neutral.”

“This is much higher than expectations. Perhaps this data is not capturing the impact of demonetisation. I am totally surprised and stunned to see this number. This is totally ahead of our expectations and I believe that, with a lag, we will see an impact on GDP numbers.”

“The GDP estimates significantly overshoots the expected figures and that’s why I feel that the overall impact of demonetisation has still not been factored into these estimates.

“I expect the impact of demonetisation to linger on for at least another quarter or so, and based on that, I feel that the final GDP numbers would be significantly lower.”