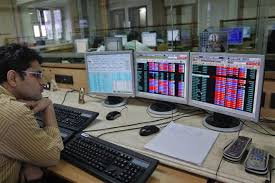 Indian shares were little changed on Tuesday after snapping a six-session winning streak in the previous session as investors took a pause ahead of key economic growth and fiscal deficit data due later in the day.

A Reuters poll of 30 economists taken over the past week showed economic growth slowed to 6.4 percent annually in the October-December quarter.

“Only if growth falls below 5.5 percent or rises above 6.5 percent, would there be some need to re-assess India’s growth trajectory in the period ahead,” Deutsche Bank analysts wrote in a note.

Meanwhile, broader sentiment was positive on the back of gains on Wall Street as investors awaited a speech by U.S. President Donald Trump later in the day for signals on tax reform and infrastructure spending.

“Overall, the domestic market has gained quite a bit in the last few sessions. With no major trigger due immediately, markets will be rangebound in the next couple of days,” said Siddharth Purohit, a senior research analyst with Angel Broking.

Shares of Bharti Airtel Ltd rose as much as 4.9 percent after the country’s largest telecoms network operator said on Monday it would scrap national roaming charges from April 1.

Meanwhile, Idea Cellular Ltd declined as much as 4.8 percent after Providence Equity Partners sold its 3.3 percent stake in the company.