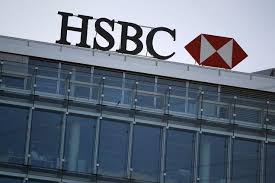 HSBC Holdings (hsbc.holdings-plc) has reported a 62 percent slump in annual pre-tax profit that fell way short of analysts’ estimates due to one-time charges related to some businesses, and announced a new $ 1 billion share buy-back.

Europe’s biggest bank by assets said on Tuesday profit before tax for 2016 fell to $ 7.1 billion from $ 18.87 billion in the previous year. That compared with the average analyst estimate of $ 14.4 billion, according to Thomson Reuters data.

The 2016 profit reflected a $ 3.2 billion impairment of goodwill in its global private banking business in Europe and the impact of its sale of operations in Brazil, the bank said in a statement to the stock exchanges.

The private banking impairment charges mainly relate to its acquisition of Safra Republic Holdings in 1999, it said, without giving details.

“We have considered it appropriate to write off the remaining goodwill in the European private banking business,” it said, adding the restructuring of global private banking is now largely complete.

The $ 1 billion share buy-back takes HSBC ‘s announced buy-backs since the second half of 2016 to $ 3.5 billion following the bank’s disposal of its Brazil unit in July last year in a $ 5.2 billion deal.

“We are investing over $ 2 billion in digital transformation initiatives to improve our offer to customers, and are instigating a further $ 1 billion buy-back program reflecting the strength and flexibility of our balance sheet,” Stuart Gulliver, group chief executive, said in a statement.

HSBC ‘s shares have been among the best-performing European bank stocks since Britain voted in June to leave the European Union, climbing 53% against a 28% increase in the STOXX Europe index of 600 banks as the bank benefited from appreciation of the U.S. dollar and stronger capital levels.

The British bank, which has said it may move 1, 000 jobs to Paris following Britain’s exit from the European Union, has said it had so far seen little impact from the referendum outcome on its business.