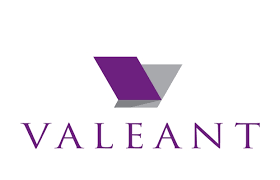 What a difference a week makes for Bill Ackman.

After bleeding money for the past two years in a row, Ackman’s Pershing Square hedge fund is not only in the black for 2017, it’s actually beating the market for the first time in a very long while.

Last year, Ackman’s hedge fund lost 13.5%, following its 20.5% drop in 2015—the worst stretch in the history of Pershing Square. An investor who put $ 1 million in the fund at the beginning of 2015 would have watched it shrink to less than $ 700,000 by the end of 2016. Investors could blame a substantial share of their losses on a 95% decline in the stock price of Valeant Pharmaceuticals (vrx), which cost Ackman more than $ 3 billion of his massive $ 4 billion investment in the company. (Pershing Square currently has about $ 11 billion under management.) But Valeant stock wasn’t the only culprit: Nearly a year ago, almost all of Ackman’s stocks were down.

As of this week, however, Ackman seems to be turning things around. His Pershing Square hedge fund is up about 4.8% year to date, the firm disclosed late Wednesday. That’s ahead of the S&P 500, which was up 4.4% over the same period (through Tuesday, Feb. 14).

Much of Ackman’s outperformance occurred just in the past few days, during a banner week for stocks that was even better for the hedge fund manager. Last week, Pershing Square was still lagging the market for the year, up only 0.3% compared to the S&P 500’s gain of 2.4%. A week later, Ackman had surged ahead, with all but one of his stock holdings (Air Products & Chemicals (apd)) up for 2017.

It was the greatest positive weekly swing for Ackman’s fund since December 2014, more than two years ago.

The biggest difference maker: Valeant. After being down 2% for the year through last week, has since risen more than 12%, including a gain of nearly 7% on Tuesday alone, juiced in part by anticipation of the FDA approval for one of its new drugs, which it received Thursday. (Though Valeant shares rose almost another 6% Wednesday, they gave some of it back following the FDA approval, declining almost 4% Thursday.)

In dollar terms, an even larger contributor to the week’s jump in performance was Restaurant Brands International (qsr), the company that owns Burger King and Canadian coffee chain Tim Hortons. Restaurant Brands’ stock gained nearly 9% during the last week, Ackman reported, thanks partially to its strong quarterly earnings report on Monday. Because the fast-food company is now Ackman’s top holding—his stake is worth more than $ 2 billion—that gain boosted his portfolio by roughly $ 175 million in a single week. (A third, smaller Ackman holding, Platform Specialty Products (pah), is up 32% this year, but that outperformance hasn’t had a major impact on the fund’s overall returns.)

While all of Ackman’s known stock holdings were up for the week, there are still two outstanding question marks that could be driving his performance. In late January, Ackman told investors that the hedge fund had recently bought two new stocks. Neither of them, however, showed up in Ackman’s quarterly portfolio disclosure, released this week. One of those stocks represents an investment of as much as $ 1 billion, but Ackman didn’t own it until earlier this year, so he may not reveal it until May, when his next quarterly holdings disclosure is due.

The reason that Ackman has yet to disclose his other new investment, which he acquired in late 2016, is likely because the roughly $ 440 million position is made up of equity derivatives (such as put or call options), rather than common stock, allowing Pershing Square to omit it from its regulatory disclosures. Ackman described that new holding in a recent investor presentation as a global “high-quality business that generates predictable, recurring cash flow,” but which was undervalued “due to cyclical and macroeconomic concerns.”

That mystery holding had generated a 22% return for Ackman from the time he bought it through January 24 of this year. At the time, though, Ackman’s fund was only up 1.2% altogether for 2017, so it’s unclear how much that company drove his breakout performance over the past week.

One stock that’s definitely not helping Pershing Square’s performance is Herbalife (hlf), the only stock Ackman is currently shorting, meaning his position grows more valuable when its share price falls. Herbalife stock gained almost 6% during Ackman’s stellar week, and has soared 25% so far in 2017, as the nutrition products company appears to be out of the woods with an FTC investigation into its business practices.

Though the stock-picking business may be otherwise looking up for Ackman, there are other signs that even the veteran hedge fund manager has trouble timing the market. Just as Valeant seems to finally be heading in the right direction, Ackman actually owns less of the stock then he once did, having cut his stake by about 16% in the fourth quarter. The sale was timed for tax purposes, allowing Ackman to harvest some of his Valeant losses in 2016 in order to cancel out some of the tax burden resulting from Pershing Square’s gains during the year. But down to a less than $ 300 million position in Valeant, Ackman may still never make back most of his original investment: Valeant stock is still down 90% from when he first bought it in 2015.