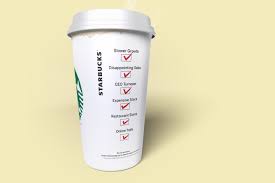 A Coffee Stock Loses its Buzz

Late last year Starbucks CEO Howard Schultz opened the company’s annual investor day with a characteristically bold and quirky proclamation. He described the coffee-shop giant’s life span as a 20-chapter book and added, “I still think we’re in Chapter 4 or 5.”

Schultz intended the metaphor to symbolize the bright future awaiting the company, which turns 46 in March. But as any avid reader knows, Chapter 4 or 5 is where the complications and drama typically kick into high gear. And the past several months have generated plot twists that, from a shareholder’s perspective, have changed the genre of the Starbucks story from romance to suspense.

Even as Schultz spoke, Starbucks’ stock was stumbling. After rising an absurd 1,170% from 2009 through 2015, shares fell 8% in 2016, their first down year since 2008—even as the overall market jumped 10%. Distressingly enough, there was no single reason for the decline. A skeptic could point to slowing sales growth, uncertainty about leadership after Schultz’s announcement of his (second) retirement as CEO, or even the Seattle-based company’s plan to rely on overseas growth at the dawn of an era of Trump-driven uncertainty for multinational businesses.

Look past those short-term challenges, and you could confront an even more sobering reality: the law of large numbers. For a company as big as Starbucks has become, with about $ 21 billion in annual revenue and almost 26,000 stores in 75 countries, it’s simply hard to keep growing at a pace that wows investors.

Starbucks’ results from its most recent quarter, which ended Jan. 1, underlined this conundrum. U.S. comparable-store sales, a metric that measures performance at Starbucks-owned locations open more than a year, were up 3% year over year. Considering that “comps” for the restaurant industry as a whole were down 2.4% for that quarter, according to researcher TDn2K, that performance was remarkable. “Most other restaurant chains would kill” for Starbucks’ results, says AB Bernstein equity analyst Sara Senatore. But by Starbucks standards, it represented a plummeting disappointment. In the year-earlier quarter, for example, Starbucks comps were up 9%. After the earnings announcement, investors fled, knocking another 7% off the share price.

Some longer-term changes within the company contributed to Starbucks’ slowdown. The rollout of food service, which now accounts for about 20% of sales, is mostly complete, so growth from that category is no longer outpacing the market. Starbucks also suffered a hiccup in its rewards program. The company switched to offering free food and drink awards based on how much a customer spends rather than on the number of visits to a café, in hopes of speeding up service. But the switch didn’t go as smoothly as planned: Although there are now 12.9 million members signed up, the rewards program grew more slowly than Starbucks (sbux) had expected for most of the past year.

Starbucks portrays these issues as minor stumbles on a rising path. It opened 884 stores over the past year in the U.S., where it now boasts more than 16,000 locations. In China, Starbucks is opening a new store every 15 hours, making the country its biggest driver of growth. By 2021 it plans to have 37,000 stores, more than McDonald’s currently has. Mark Kalinowski, an analyst at brokerage Nomura Instinet, believes Starbucks will also surpass the Golden Arches in market capitalization, making it the largest restaurant chain in the world by that measure. That could take place within the next five years.

Size, of course, is a double-edged sword (just ask the shareholders of McDonald’s). Such scale can make it “difficult to grow at an outsized rate,” says Jeffrey Bernstein of Barclays Capital. Still, Starbucks estimates that its sales growth will reach into the “mid-single digits” for 2017, and Kalinowski pins it at 4% worldwide—which would continue to outpace the restaurant industry.

Starbucks’ ability to keep hitting such targets will depend, in part, on Howard Schultz. He will step down from the CEO role in April, and COO Kevin Johnson will move into the top spot. William Blair analyst Sharon Zackfia points out that Schultz will continue to “drive the greater changes” that could help Starbucks draw more customers. It’s not the first time Schultz has made such a move. In 2000 he stepped away from the CEO post to focus on Starbucks’ global strategy; international sales, tiny at the time, now account for 26% of revenues.

Comps rose only 3% in the last quarter. But as one analyst notes, “most other restaurant chains would kill” for growth like that.

Starting this year, Schultz plans to build up Starbucks’ specialty Roastery and Reserve stores—higher-end locations catering to the coffee epicure with premium cups of Joe. There’s currently only one in operation, but Starbucks expects to have more than 1,000 locations around the globe, and it will also look to incorporate mini-versions of the Reserve store in 20% of its regular locations.

Starbucks isn’t counting on the stores themselves to be game changers (or, for that matter, on converting people who happily pay $ 4 for coffee to start paying $ 8). Buckingham Research Group analyst John Zolidis says he doesn’t expect Roastery and Reserve revenues to “ever register a material impact” to shareholders. Instead, the stores will become a pipeline for new products that can help Starbucks sustain its foodie credentials while developing concoctions that could make it to regular stores. Focusing on organic beans and the search for the perfect espresso can also keep higher-end consumers from defecting to smaller, boutique competitors like Blue Bottle Coffee, even as Starbucks as a business strives to grow ever more like McDonald’s.

What’s particularly encouraging to some investors is that Starbucks is innovating while it’s still growing, rather than waiting until its prospects dim. Of course, even people who believe in the company’s potential would be paying a high price for it if they bought Starbucks shares today. Though it’s down 13% from its 2015 peak, the stock trades at about 26 times estimated 2017 earnings, compared with 19 for the S&P 500—and both the stock and the benchmark are expensive compared with historical averages. Investors who took profits recently may want to wait for the stock to cool off a little more before they come back for a refill.

A version of this article appears in the March 1, 2017 issue of Fortune.