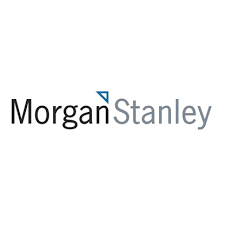 In a rarely seen move, the wealth management division of Morgan Stanley admitted wrongdoing to the Securities and Exchange Commission on Tuesday.

According to a press release from the SEC, Morgan Stanley Smith Barney agreed to pay a $ 8 million fine and admit wrongdoing to settle a case with the commission. That case alleged that Morgan Stanley solicited clients to hold a risky asset over the long term, even though the asset is likely to lose over that time horizon.

“Morgan Stanley solicited clients to purchase single inverse ETFs in retirement and other accounts, the securities were held long-term, and many of the clients experienced losses,” the commission said in a statement.

The admission comes at a time when companies and CEOs still rarely admit to wrongdoing. That’s the case even though the SEC toughened up in 2013 and began seeking more admissions of wrongdoing as a condition to settling cases. Whether that policy carries over to a commission under President Donald Trump’s pick for chairman, Jay Clayton, is a matter of debate — though Clayton once criticized the SEC and Justice department for “zealous” enforcement strategies, the New York Times reported.

The single-inverse exchange traded fund mentioned in Morgan Stanley’s case effectively profits when the value of its underlying benchmark (which can be a basket of stocks, bonds, etc.) falls. It’s generally not used as a long term investment, but rather as a hedge against falling prices.

According to the SEC, Morgan Stanley recommended the inverse ETF to several hundred clients between 2010 to 2015. The bank also admitted that it held the inverse ETFs in some accounts for more than 30 days.

Morgan Stanley admitted that it failed to confirm that some clients understood the risks of the inverse ETF, the SEC said.

When asked for comment, the banking giant stayed relatively mum. “Morgan Stanley is pleased to have resolved this matter.” a representative said in an emailed statement.