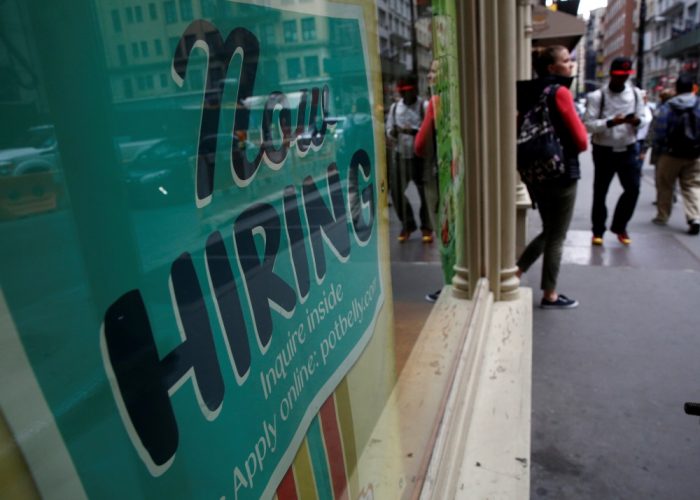 The jobs market, like the weather, cooled in December.

Employers added fewer positions than expected in December, even as elsewhere (and certainly in the stock market) optimism about the economy seemed to improve. What’s more, the unemployment rate rose slightly to 4.7%. Worse, December’s jobs number solidify that 2016 was a downer in terms of jobs growth, and the second straight year of slowing growth. For the whole year, the economy added 2.2 million jobs, or 500,000 less than it did in 2015. The economy added slightly over 3 million jobs in 2014.

It was the last jobs report under President Obama. And the lower-than-expected number could have wide implications for the Federal Reserve and an incoming Donald Trump.

Still, the number wasn’t anything to panic about. Employers added 156,000 jobs to their payrolls in December. That was significantly lower than the 170,000 jobs employers were expect to add, but it was growth all the same. At the same time, there were already signs of rising inflation. Wages were up 2.9% in December from a year ago. Pay had fallen slightly in November, but the December number restarts the recent trend of growth in wages, which has been the strongest in years.

The jobs report is another sign that the economy’s slow but steady growth rate will continue, at a time when people seemed to have optimism that Trump and his proposed policies will hyper-charge growth. At the same time, it may give Trump, who has called for lower taxes and more infrastructure spending, more ammo in the fight to enact his stimulus efforts.

Friday’s weaker-than-expected jobs number could also slow the Fed, which has indicated that it was likely to raise interest rates at a faster pace this year. While the jobs number showed signs of inflation, it also showed that the economy is likely weaker than the stock market and other indicators suggest. And the Fed has indicated that it would tolerate higher inflation in order not to cut off employment growth, which the December jobs report showed is still in shorter supply than many thought.