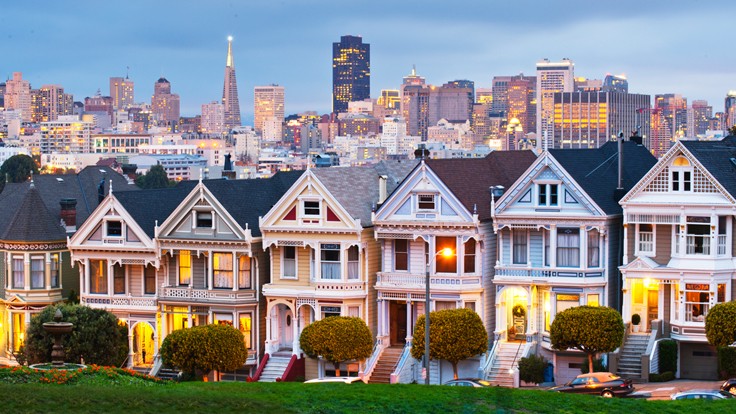 These 5 Trends Will Shape the Housing Market in 2017

If the U.S. economy is to hit escape velocity in 2017, you can expect the real estate sector to serve as its rocket fuel.

At its most broadly defined, housing can be counted on to compose 15% of GDP. It hasn’t done that much heavy lifting lately, however. That’s because in the wake of the real estate bubble, lending standards have remained tight, while the cautious builders who survived the crisis have been reluctant to dive headfirst into expanding their operations again.

But there are signs that these trends are about to change. As the new year rolls on, we’ll fill you in on the health of builders and other key trends to watch below.

In December, the Federal Reserve raised interest rates for only the second time since 2006, and a majority of the members of the Fed’s rate-setting board predict there will be three more increases coming in 2017. These decisions will cause mortgage rates to rise, potentially making it more difficult for prospective homebuyers to be able to afford the home of their dreams. (In fact, those rates have already started creeping up.) But don’t worry too much about this trend. As Redfin Chief Economist Nela Richardson predicts in a recent blog post, “We expect mortgage interest rates to increase, but to no higher than 4.3 percent on the 30-year fixed rate.” That’s still a great deal compared to historical norms.

In addition, starting in 2017, government-owned mortgage companies Fannie Mae and Freddie Mac will begin backing larger mortgages for the first time in over a decade, making it easier for buyers in expensive markets to finance their purchases.

Though the most recent data on new home construction showed that builders pulled back on new projects in November, the overall trend in home construction is clearly positive, with the average annual rate of new groundbreakings reaching a 1.163 million rate so far in 2016, up about 5% from 1.108 million in 2015.

Expect this to continue in 2017, as home builders are encouraged by higher wages, looser credit, and increased demand from buyers.

4. The Continued Rise of Medium-sized Cities

One of the dominant stories of the current economic recovery is that top-tier economic cities like New York, Seattle, and San Francisco have seen property values rise as workers flock to these locations to take advantage of high-paying jobs. But this trend has put a strain on those cities’ real estate markets , because new construction is often unable to keep pace with demand due to geographic constraints, or restrictions imposed by local government regulations.

That’s why more younger folks are finding themselves attracted to medium-sized cities, which may not have the same professional opportunities as their larger counterparts, but provide housing affordability. Cities like Raleigh, N.C., and Fort Collins, Colo., have seen building permit issuance soar over the past six years as they attract younger adults seeking cheap rents and lower asking prices. Expect the trend to continue in 2017.

One trend that is helping drive prices beyond the realm of affordability in places like New York and Los Angeles is an influx of foreign buyers of U.S. real estate. This has only increased of late, fueled in particular by buyers from China who are looking for safe places to store their wealth, away from the slowing economy of the homeland, where repressive financial policies make it difficult to earn decent returns on savings. “U.S. and Europe continue to attract growing amounts of foreign capital, especially from Asian investors,” writes Scott Brown, global head of real estate at Barings Real Estate Advisers.