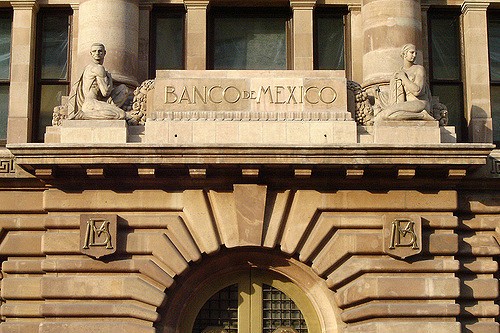 MEXICO CITY : Members of Mexico’s central bank board worry that Donald Trump’s U.S. presidential election win has put U.S.-Mexico ties at risk and could already be impacting private investment in Mexico, according to minutes of a meeting released on Thursday.

Policymakers voted 5 to 0 to raise the bank’s key rate by 50 basis points to 5.75 percent in their fifth hike this year, bringing borrowing costs to their highest level since 2009, the minutes showed. The move was aimed at cooling inflation which has blown past the central bank’s 3 percent target after Trump’s surprise victory sent the peso to fresh lows, fanning fears of a bigger pick-up in consumer prices.

“The election result in the United States has raised the risk of policies being adopted that could negatively affect the bilateral relationship between Mexico and said country,” the majority of policymakers said, according to the minutes.

Most board members said private investment could have already been impacted by the uncertainty that surrounds Trump’s economic program and its impact on Mexico. Trump has threatened to ditch a joint trade agreement between the United States and Mexico, as well as impose hefty tariffs on goods made south of the border.

That has already pushed a number of companies operating in Mexico to put expansion plans on hold until Trump fleshes out his policies, business leaders say.

All members of the bank’s board cited a deteriorating inflation outlook and said they would remain attentive to potential pass-through from the exchange rate to inflation. Data earlier this month showed inflation climbed to 3.48 percent in the first half of December, its fastest pace in two years and well above central bank’s 3 percent target.

The majority of the board members said they expect inflation to creep up further next year but end 2017 within the bank’s tolerance band of 2 to 4 percent. Most members also saw increasing risks to growth, citing continued weak investment despite a pick-up in private consumption.