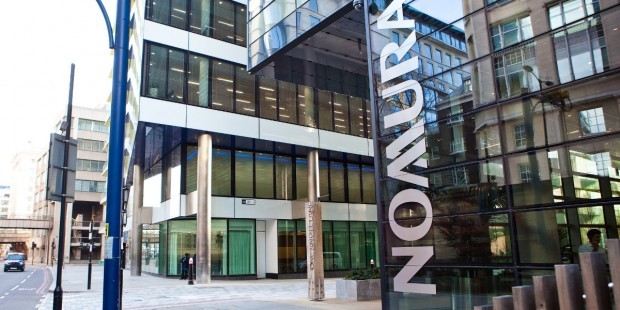 Japanese shares have gained since the New York billionaire’s Nov. 8 election, spurred by Wall Street where investors are betting Trump’s support of deregulation and infrastructure spending could boost the U.S. economy.

“The market expects business and economy-friendly policies,” CEO Koji Nagai told Reuters. “Clients will have to rebalance portfolios, in both Japan and America. That’s a chance for us.” Investors shifting funds to riskier assets such as shares would be a boon for Nomura’s equity trading arm, while increased business activity will benefit its advisory and equity and bond underwriting divisions, Nagai said.

Nomura earned over half of April-September overseas pretax profit in the Americas, where it is shifting focus to client-oriented services from market-based trading.But Trump has spoken of measures to protect U.S. businesses at the expense of foreign interests, including pulling the U.S. out of the North American Free Trade Agreement and Trans-Pacific Partnership trade pact, and imposing tariffs on some imports. Any such measures could have a detrimental effect on trade, Nagai said – something likely to limit opportunities for financial firms such as Nomura.

“If the U.S. adopts a protectionist trade policy, it won’t have a good impact on the global economy,” Nagai said.

While it is difficult to gauge the costs of policies that impede cross-border trade and investment, Trump’s protectionism could have an adverse impact on Japan’s export-heavy economy, a Reuters poll showed this month.

In Europe, Nomura and its peers face the possibility of losing so-called passporting rights that allow them to provide services across the European Union (EU) from bases in Britain following the latter’s vote to withdraw from the bloc. Some are considering shifting operations to EU cities such as Paris, Frankfurt, Dublin and Amsterdam.

Sumitomo Mitsui Financial Group Inc, Japan’s third-largest banking group, last week said it was studying sites for a new banking headquarters in Europe. For Nomura, Nagai said such moves would be costly, and that he was “considering options for every scenario”. Daiwa Securities Group Inc (8601.T), Japan’s second-biggest brokerage by revenue, said it was examining setting up a base within the euro zone should it lose passporting rights. Daiwa’s European arm accounts for only a small share of its overall business, so any Brexit impact would be small, it said.

“We are studying various things, including establishing a new base on the continent,” CEO Takashi Hibino said, citing locations such as Frankfurt, Dublin and Paris.