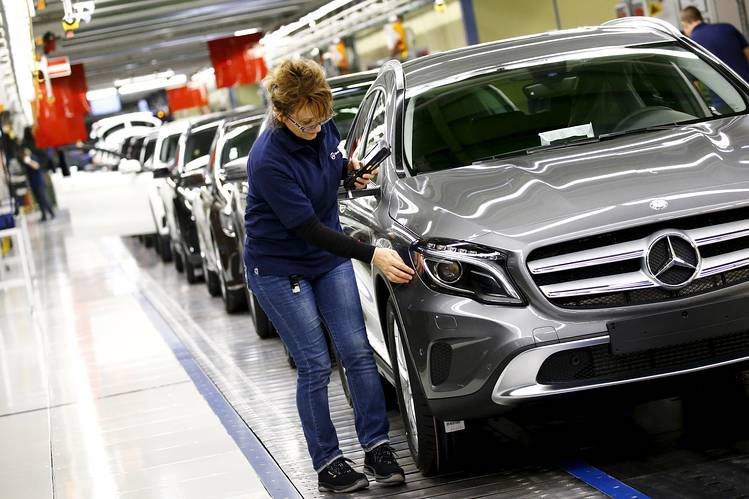 BERLIN : German business morale rose in December, hitting its highest level since February 2014 and supporting expectations that Europe’s largest economy will rebound in the fourth quarter.The upbeat reading was welcomed by economists as a sign of economic resilience in the face of uncertainties that are clouding the outlook for Germany, including Britain’s decision to leave the European Union, unpredictable U.S. policy under president-elect Donald Trump, and financial concerns over Greece and Italy.

The Munich-based Ifo economic institute said on Monday its business climate index, based on a monthly survey of some 7,000 firms, rose to 111.0 after from 110.4 in November.

The December reading compared with a Reuters consensus forecast for a value of 110.7.

“The German economy is making a strong finish to the year,” Ifo chief Clemens Fuest said in a statement. He added that both the manufacturing and wholesaling indices rose and manufacturers were planning to ramp up production in the months ahead.

The upbeat reading came after Ifo said on Friday the German economy will rebound more strongly than previously expected in the fourth quarter and this growth momentum will carry through into 2017.

ING economist Carsten Brzeski said growth next year will be weaker than in 2016, as the three main economic drivers – construction, consumption and government spending – will lose momentum because interest rates are unlikely to drop further, inflation will edge up and the unemployment rate stagnate.

“Unfortunately, as with so many good things, the current positive growth cycle is also coming to an end. Gradually, not abruptly,” he wrote in a note to clients. He added: “Real risks to the German outlook mainly seem to stem from the outside. The still unknown impact from President-elect Trump on trade and economic policies, the ongoing Brexit uncertainty and renewed political tensions in Europe due to several elections or a new flaring up of the Greek crisis are in our view the biggest risks for 2017.”

The economy has been sending mixed signals. A jump in industrial orders and upbeat sentiment surveys have indicated a rebound in the last three months of the year. Ifo’s current business situation index reached its highest level since February 2012.

But exports and industrial output rose less than expected in October, tapering expectations for a strong rebound in the fourth quarter after the growth pace halved to 0.2 percent over the summer months.  Ifo’s business climate index for wholesaling rose to its highest level in almost three years, reflecting the economy’s shift to consumption for growth.