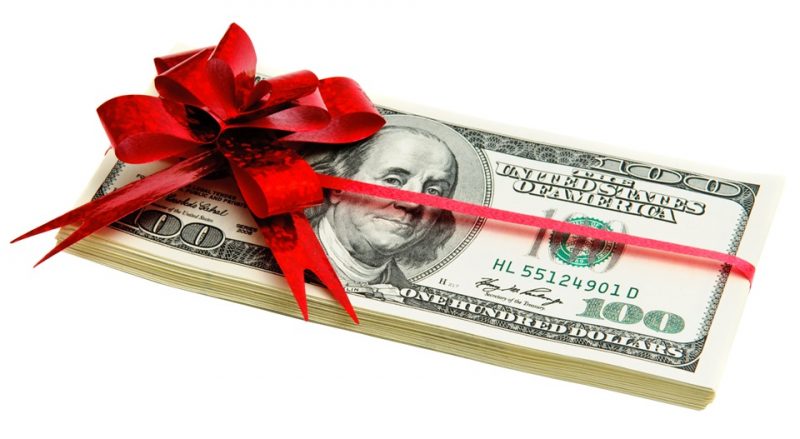 You’re Probably Getting a Holiday Bonus This Year

The average U.S. worker will receive a holiday bonus 25% larger than what they received in 2015, according to a recent survey of 500 U.S. companies. While workers received an average year-end bonus totaling $ 858 this year, hiring managers plan to dole out an average $ 1,081, Accounting Principles, a recruiting agency, reports.

That said, not all workers should expect to get a little extra cash around Christmas time: Twenty-five percent of surveyed human resources executives said they had no plans to give their workers a monetary bonus this year.

For these employees, there is a silver lining: Over half of the companies that won’t be handing out cash bonuses around Christmas time have other plans, such as giving employees other perks or bonuses at another time throughout the year.

Other hiring managers said they had no plans to give out bonuses due to overall finances being worse than expected, or the economy was performing poorly. Based on the survey, poor performance rarely results in no bonus at all: Just 2% of the human resources executives said they didn’t give out bonuses because their worker’s did not perform adequately.