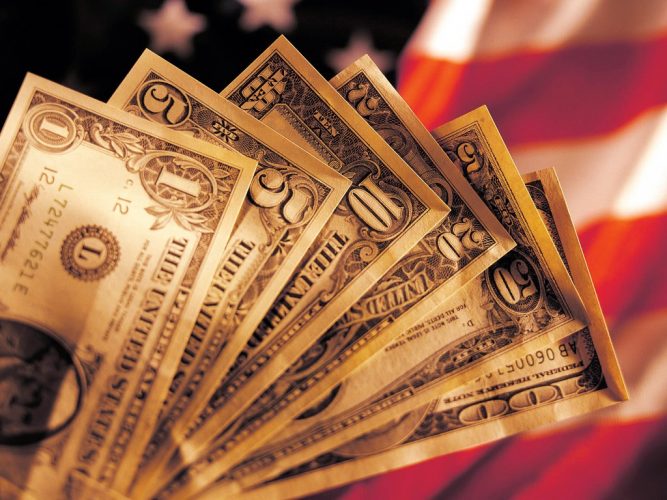 Dollar surges to 9-month high against yen on OPEC deal

NEW YORK : The U.S. dollar hit its highest level against the yen in 9 months on Wednesday and also surged against the euro and Swiss franc after a rally in oil prices pushed U.S. Treasury yields higher, while strong private payrolls data bolstered expectations for a hawkish Federal Reserve next year.

The dollar rose as much as 1.9 percent against the yen to 114.53 yen, its highest level since March 2, while the euro fell nearly 0.9 percent against the dollar to a session low of $ 1.0554. U.S. crude prices rallied more than 10 percent as some of the world’s largest oil producers agreed to curb oil output for the first time since 2008.

The dollar was last on track to gain nearly 9 percent against the yen in November to mark its strongest monthly performance since August 1995. The dollar also hit a roughly 10-month high against the Swiss franc of 1.0204 francs.

The gains in oil prices boosted views of higher inflation, which in turn sent U.S. Treasury yields higher given the negative impact of inflation on bond prices. The higher Treasury yields fuelled demand for the dollar relative to currencies such as the euro and yen, whose government bond yields are still low-to-negative.

A continuation of strong U.S. economic data after a stronger-than-expected gross domestic product growth reading on Tuesday also supported the dollar by underpinning expectations that the Fed would raise interest rates next month and continue to hike at a swift pace next year, analysts said.

“It absolutely blasted expectations, and when you see that happen, that should promote some dollar strength,” said Stephen Casey, senior foreign exchange trader at Cambridge Global Payments in New York.

The dollar index, which measures the greenback against a basket of six major currencies, was last up 0.5 percent at 101.470.

The index was set to gain about 3.1 percent for the month, while the euro was set to post its biggest monthly decline against the dollar in a year, of 3.5 percent.