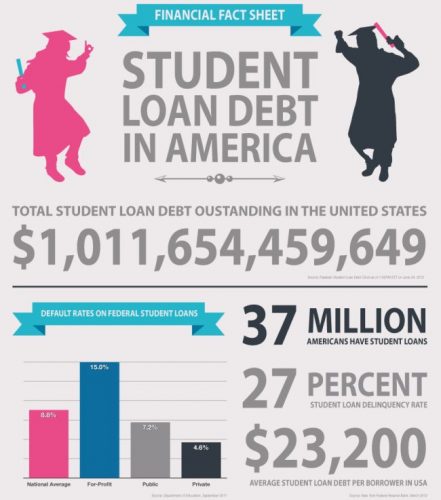 US : Government Will Forgive at Least $108 Billion in Student Debt

Students will see more of their debts forgiven than previously thought.

An estimated $ 108 billion or more in student loans will be forgiven over the next 10 to 20 years, thanks to federal programs that help ease the financial burden for those attending higher education institutions. That figure is roughly one-third of the $ 352 billion in estimated loan volume U.S. students are expected to take out between 1995 to 2017, according to a Wednesday report from the Government Accountability Office.

The report, which criticized the Education Department for understating the cost of government debt relief programs, noted that another $ 29 billion in loans would be discharged.

Congress approved the plans to relieve students’ debt burden by lowering the monthly payments by borrowers, and forgiving any unpaid loans after 10 to 20 years. In 2010, President Barack Obama extended the program with some changes for federal loan borrowers. The amount of debt forgiven could also continue to grow as more and more students enroll in the program

But with the incoming Donald Trump administration and the Republican-majority Congress, parts of the program could be dismantled, according to Reuters. Specifically, the incoming administration may choose to end rules that make it easier for students who were defrauded by for-profit colleges to have their loans forgiven.