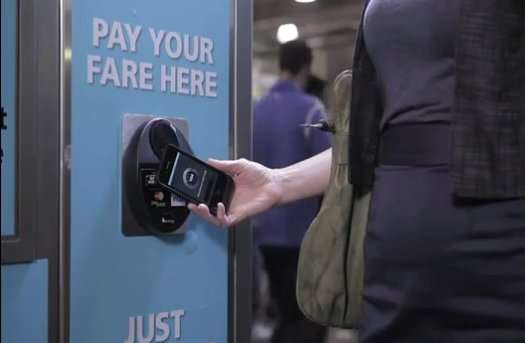 Online shopping on Black Friday was up from last year as was shopping on mobile phones. But the use of much-hyped mobile payment apps like Apple Pay, and Samsung Pay in stores?

Just a tiny ripple in the retail ecosystem, according to one survey.

Almost 90% of in store payments were via credit cards on Black Friday, based on transactions seen by payments processor Cayan. Mobile phone payment apps accounted for just 0.6% of the day’s activity, the company said.

That was double the rate of mobile pay usage last year, but still amounted to almost a rounding error on overall Black Friday retail sales. Even in California, one of the most tech savvy of all states, mobile payments hit only 1% of Black Friday purchases. And that was the highest of any state, Cayan said.

Despite the hoopla, smartphone payments have been held back by a lack of consumer incentives, incompatibility with some store checkout registers, and a flood of perhaps too many options. Tech companies like Apple aapl , Samsung and Google googl each have payment apps, while some stores such as Walmart wmt and Kohl’s kss have their own apps. And banks like Capital One cof and JPMorgan Chase jpm have their own mobile payments offerings, too.

With all the challenges and choices, it may take decades for smartphone payments in stores to really take off, Fitch Ratings predicted in a report earlier this month.

It seems that when consumers want to use their phones to pay in 2016, they don’t bother going to the store at all. Spending by online shoppers rose 18% on Black Friday and Thanksgiving to $ 5.3 billion, according to Adobe. And 36% of all of that online shopping was made on mobile phones or tablets, or 60 times higher than the usage rate of mobile phone payments in stores. The 36% share of online shopping by phone was up slightly from 34% last year, according to Adobe.