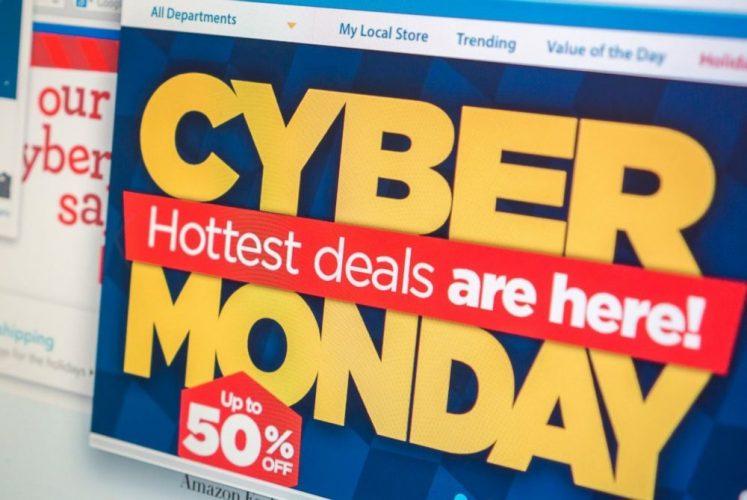 U.S. shoppers snapped up Cyber Monday deals on what is usually the single biggest day for internet shopping, after stellar online sales over the Thanksgiving holiday weekend.

Sales on Cyber Monday were expected to finish up 9.4 percent at $ 3.36 billion compared with last year, according to Adobe Digital Insights. As of 10 a.m. EST on Monday, sales totaled $ 490 million.

Adobe collects the data by measuring 80 percent of all online transactions from the top 100 U.S. retailers. Of every $ 10 spent at the top 500 U.S. retailers, $ 7.50 goes through the Adobe Marketing Cloud sales platform.

However, early promotions and a belief that deals will always be available took a toll on consumer spending, which fell 3.5 percent over the Thanksgiving weekend, according to the National Retail Federation. The NRF stuck to its forecast for retail sales to rise 3.6 percent this holiday season, on the back of strong jobs and wage growth.

The number of deals on Cyber Monday was lower than on Black Friday, according to data from e-commerce analytics firm Clavis Insights. On average, brick and mortar retailers cut down on deals by as much as 4 percent, the data showed.

Early winners for the Thanksgiving weekend so far include Wal-Mart, Target, Best Buy and Amazon.com as shoppers splurged on electronics such as ultra-HD TVs and gaming consoles including Sony’s PlayStation 4, analysts said.Overall, traffic trends appeared to be healthy, with strength at footwear maker UGG, owned by Decker’s Outdoor Corp (DECK.N), and Gap Inc (GPS.N), the biggest surprises, Jefferies & Co analysts said in a client note.

Amazon, which also discounted heavily, said on Friday the number of items sold this Black Friday would surpass last year.

Apart from electronics, beauty products overall sold well over the holiday weekend, analysts said, even as handbag sales were muted.