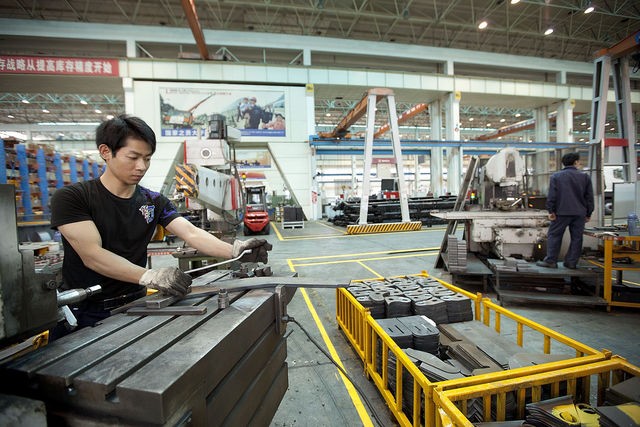 Indeed, a subdued property market is expected to drag on growth in the first two quarters next year, as policymakers introduce curbs to cool home prices, which could hit profits of companies producing construction materials.

Profits in October rose 9.8 percent to 616.1 billion yuan ($ 89.1 billion), the National Bureau of Statistics (NBS) said in a statement on Sunday. Profits in September rose 7.7 percent.

Industrial profits rose 8.6 percent in the first 10 months from the same period a year earlier, similar to an 8.4 percent growth rate in the first nine months of the year.

Profits in the coal mining sector rose 112.9 percent for January-October from the same period a year earlier while manufacturing profits rose 13.2 percent.

“Although October industrial profit growth picked up, the structure of growth was not ideal,” NBS official He Ping said in a statement accompanying the data.

Profits for iron and steel production and processing companies rose 310.2 percent in January-October.

China’s producer prices jumped more than expected in October as prices of coal and other raw materials surged in the midst of a supply crunch and a pick-up in the economy. The producer price index is also expected to stay positive in coming months.

Chinese industrial firms’ liabilities at the end of October were 5.1 percent higher than at the same point last year and rose slower than assets.

The data covers large enterprises with annual revenues of more than 20 million yuan from their main operations.

Profits at state firms rose 0.4 percent in the first 10 months of 2016 from a year earlier, marking the first increase in year-to-date earnings for state-owned companies this year, the finance ministry said on Friday.

China’s industrial profits have rebounded strongly this year after falling last year, boosted by a recovery in commodities prices as supply tightened due to a capacity reduction drive and an infrastructure boom.