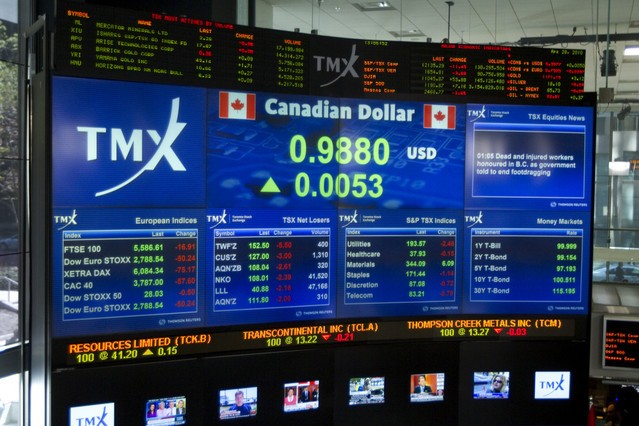 “There has been a big rotation in the market, the last few weeks, more toward the cyclical side.”

One of the most influential movers was copper miner First Quantum Minerals Ltd, which advanced 4.3 percent to C$ 16.67.

Copper prices rose more than 2 percent, heading towards their 2016 peak as funds piled in on expectations of stronger demand and tighter supplies.

The materials group, which includes precious and base metals miners and fertilizer companies, added 0.2 percent. The group had weighed heavily on the index on Wednesday, with particularly sharp losses among gold miners.

Barrick Gold Corp fell 0.4 percent to C$ 19.65. The company is reviewing the financial backing behind an approximately $ 1.3 billion bid for its stake in Australia’s Kalgoorlie mine by Minjar Gold, a unit of Shanghai-listed Shandong Tyan Home, two sources told Reuters.

Five of the index’s 10 main groups ended lower, with energy dipping 0.2 percent despite little change in the price of crude oil.

The sector will likely consolidate recent gains ahead of next week’s meeting of the Organization of the Petroleum Exporting Countries, Zohny said.

The sector, which accounts for more than 30 percent of the index’s weight, has benefited since the election from higher bond yields.