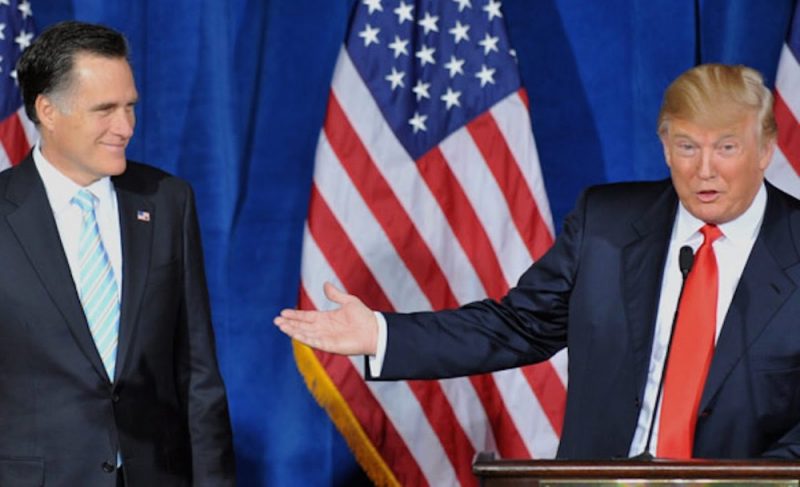 Trump wrote on Twitter that “General James ‘Mad Dog’ Mattis, who is being considered for Secretary of Defense, was very impressive yesterday. A true General’s General!” Trump met with Mattis, who previously headed the U.S. military’s Central Command, on Saturday in New Jersey.

Trump also met on Saturday with Romney, who is a possible selection as the top U.S. diplomat.

The president-elect told reporters that he would likely have some announcements on top administration positions on Sunday but did not say which ones.

On Sunday, Trump was to meet with several more contenders for senior jobs, including former New York mayor Rudy Giuliani, who also is in the running for secretary of state, and billionaire investor Wilbur Ross, who is being considered for commerce secretary.

Trump was also scheduled to meet with New Jersey Governor Chris Christie, who was a close adviser during his campaign but was removed as the head of his transition team.

Pence also said Trump and Romney “had a good meeting. It was a warm and a substantive exchange, and I know he is under active consideration to be secretary of state.”

Pence said Romney was willing to be considered for the job.

Trump takes office on Jan. 20 and has working to fill key positions in his administration.

Trump’s incoming White House chief of staff, Reince Priebus, said on ABC’s “This Week” program that Romney and Trump had a “very substantive” conversation in which they discussed foreign hot spots and other issues.

Romney, the unsuccessful 2012 Republican presidential nominee, was a leader of the Republican establishment movement that tried to block Trump from becoming the nominee this year. In March, Romney called Trump “a phony,” “a fraud” and “a con man.”

In another instance of political drama, Pence said he was not offended by pointed comments made to him by a cast member of “Hamilton” after he attended the hit Broadway show.

Trump on Saturday demanded an apology over the comments, but Pence on Sunday declined to ask for one. Pence acknowledged that many Americans were disappointed and anxious after Trump’s Nov. 8 election victory, but he sought to reassure Americans that Trump would be a president “for all Americans.”

After the show, actor Brandon Victor Dixon, who in the play portrays America’s third vice president, Aaron Burr, read a statement directed at Pence while standing in front of the cast in full costume.

“We, sir, we are the diverse America who are alarmed and anxious that your new administration will not protect us, our planet, our children, our parents, or defend us and uphold our inalienable rights,” Dixon said.

Conservative radio talk show host Laura Ingraham confirmed on Sunday she is being considered by Trump to serve as White House press secretary.

“It’s an intriguing idea,” she said on “Fox News Sunday.”

Ingraham defended the Trump transition team’s decision not to include a pool of reporters when he has traveled at times. She said the news media had been “stacking the deck against Trump” before the election.