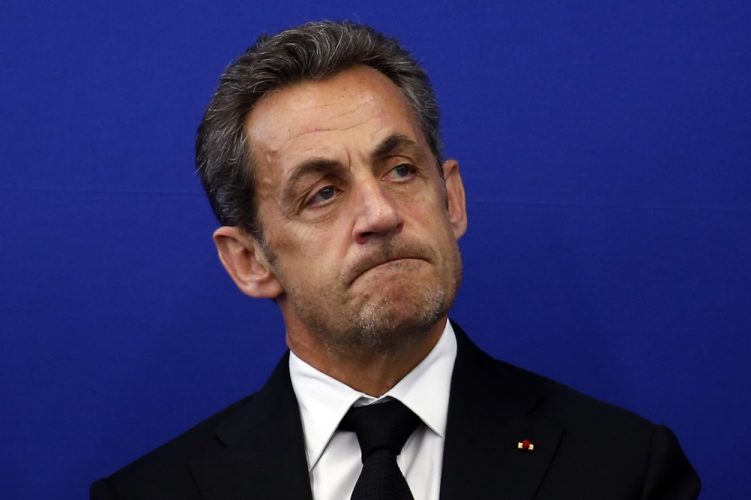 PARIS : France’s ex-president Nicolas Sarkozy was spectacularly thrown out of the race for the French presidency on Sunday, with voters cutting short a political comeback that tapped into populist sentiment.

Dealt a humiliating blow in the conservative nomination contest, four years after losing a first re-election bid to Socialist Francois Hollande, Sarkozy, 61, alluded to a possible withdrawal from political life when he conceded defeat.

“It’s time for me to try a life with more private passions than public ones,” he said, thanking his supermodel-turned-singer wife Carla Bruni and his children.

“I feel no bitterness, no sadness, and I wish all the best for my country,” he told supporters at his campaign headquarters.

His surprise exit, which had appeared unthinkable days earlier, also marked the failure of a strategy to court far-right voters with divisive rhetoric and tough measures on immigration and law-and-order.

In campaign speeches, Sarkozy had vowed to ban the Islamic burkini swimsuit, had ruled out special school lunches for Muslim children – saying they should fill up on a double portion of chips when pork is on the menu – and told migrants gaining citizenship that their ancestors were Gauls.

He came a distant third with about 20 percent of the votes on Sunday, behind surprise frontrunner Fillon’s 44 percent and Juppe’s 28 percent, according to partial results.

Allegations that he took covert funding from Libya, which resurfaced earlier this week, may have also played a role in Sarkozy’s defeat.

“Aren’t you ashamed of yourself?” he told a journalist who asked him about the claims during a presidential TV debate.

But some voiced doubts about whether Sarkozy, who said he’d quit politics after losing power in 2012 only to make a comeback two years later, would really retire.

“I have seen a certain number of things during my political life, so I’d be careful on retirements,” said former prime minister Jean-Pierre Raffarin, who backs Juppe.

The son of a Hungarian immigrant father, Sarkozy debuted in politics as mayor of the wealthy district of Neuilly outside central Paris, before serving as President Jacques Chirac’s finance minister. Later as interior minister, he called protesters in a Paris suburb “scum”.

As president between 2007 and 2012, Sarkozy’s high-energy style and abrasive manner polarised voters. His modest attempts at tax and labour reforms and limited success in creating jobs disenchanted both free-marketeers and centrist voters whom he had also assiduously courted to win power.

Sarkozy promised to quit politics altogether after Hollande defeated him in May 2012. However, he returned to the fray in September 2014, citing the need to rescue France from what he described as the socialist’s catastrophic presidency.