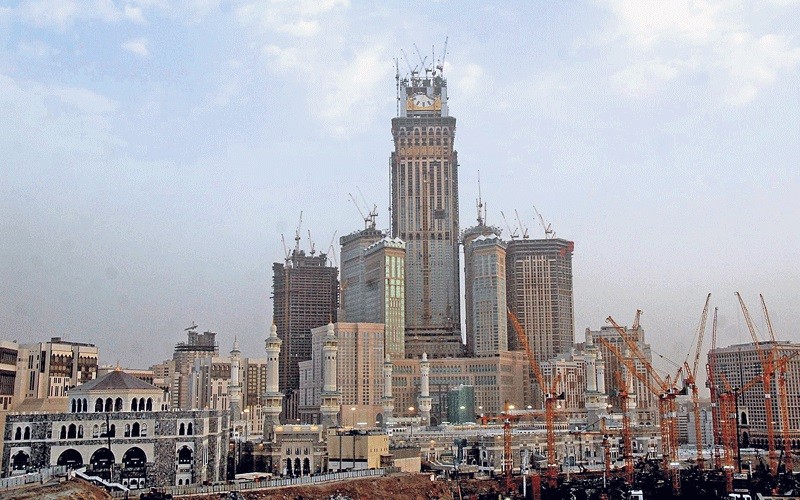 DUBAI : Saudi Arabia’s government has made payments of 40 billion riyals ($ 10.7 billion) that it owed to private sector companies, the kingdom’s Arab News newspaper quoted a senior construction industry executive as saying.With its oil revenues slashed by low crude prices, the government of the world’s largest oil exporter has cut spending sharply this year and reduced or suspended payments owed to construction firms, medical establishments and even some of the foreign consultants who helped to design its economic reforms.

The payment delays have tightened liquidity in the banking system and caused severe financial problems for some companies, particularly those in the construction industry. In recent weeks, top officials have indicated that all or most of the delayed payments would soon be made.

Construction firms have received 40 billion riyals in the past two weeks, representing 25 percent of money owed to them by various government agencies, Fahad al-Hammadi, chief of the National Contractors’ Committee at the Council of Saudi Chambers, a business association, was quoted as saying by Arab News on Sunday.

“The Saudi government is expected to pay up to 80 percent of the total dues to contractors during the remaining few weeks of this year by disbursing another 100 billion riyals,” he told the newspaper.

“More then 80 percent of the back-logged payments will be released within the next few days or weeks.”

Providing further proof that delayed government payments are starting to flow, Fawwaz al-Khodari, chief executive of major local builder Abdullah Abdul Mohsin al-Khodari and Sons, told Al Arabiya television on Sunday that 10 to 15 percent of the 500 million riyals it was owed by the government had been paid.

He told Al Arabiya he was optimistic the company would receive 40 to 45 percent of the total outstanding dues by the end of the year in the best case scenario.

The company, which builds housing and infrastructure, last month reported a wider third-quarter net loss. The government set aside 100 billion riyals to pay debts that it owed to private sector companies after the payment delays, which lasted months, Reuters reported on Nov. 11, citing an official document.

Authorities have not disclosed the total size of the unpaid bills. Most construction projects suspended as a result of low oil prices will eventually be revived and implemented in order of priority, Hammadi also told the newspaper.

Arab News said some construction firms from Germany, Turkey, Spain and India, contacted by Arab News on Saturday, had confirmed they were being paid their dues.