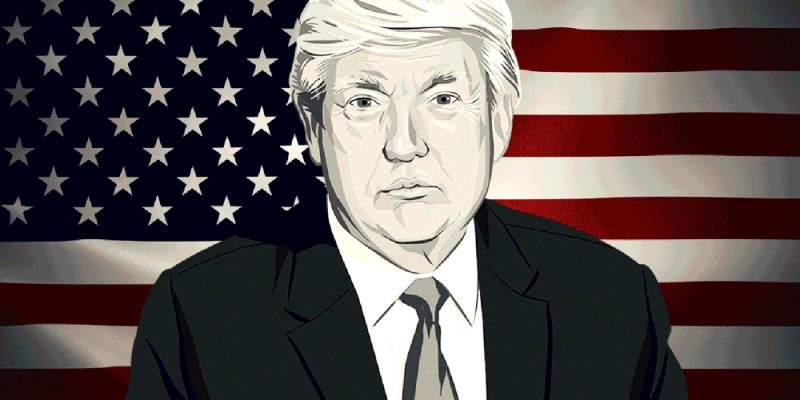 What Will Donald Trump’s First Salvo in the Trade War Be?

One could argue that Donald Trump did not win the presidency on his compelling policy vision.

But one Trump notion that did captivate the public was the idea that America’s trade deals have sold out the average American.

He promised to rip up trade deals like the North American Free Trade Agreement and get tough on partners like China, who he said are taking advantage of us. But can a president really undue decades of trade policy with a stroke of a pen, and what sort of policy regime will replace it? The answers to those questions are “yes,” and “it’s impossible to know.”

It may seem unlikely given the gridlock we have seen in Washington, but when it comes to trade policy the President of the United States has “enormous powers” to act unilaterally to raise tariffs and otherwise conduct trade policy, according to Gary Hufbauer Senior Fellow at the Peterson Institute for International Economics.

Trump has not been terribly specific in detailing exactly what he wants to do on trade, other than opting out of NAFTA and confronting China regarding unspecified practices he says are responsible for America’s $ 336 billion trade deficit with the world’s second largest economic power.

In terms of NAFTA, the details of the agreement give the President of the United States the authority to simply withdraw from the pact when ever he wants, after giving Canada and Mexico a six-month warning. After that, NAFTA legislation gives the president vague powers, that could certainly be interpreted broadly, to “proclaim additional duties—following consultations as necessary and appropriate to maintain the general level of reciprocal concession with Canada and Mexico,” according to Hufbauer. But the need to consult Congress does not mean Trump needs its approval, he says. In other words, President Trump’s power to use tariffs and the threat of withdrawal from the agreement is nearly limitless.

The same goes for trade relations with China. Throughout the twentieth century, Congress passed trade laws that gave the president broad powers to institute tariffs to protect national security, combat balance of payment deficits, or to combat unfair trade practices abroad. Given China’s role as a geopolitical rival, our massive trade deficits with the country, and the many steps it takes to protect key industries and resist foreign industries, Trump would have plenty of statutory justification for his tough stance on trade.

And that means that corporations would have very difficult time stopping Trump through the court system. “Firms will go to court seeking preliminary injunctions,” says Hufbauer, but he is skeptical that one will be granted, given the laws Trump can point to as justification. The only constraint Trump will face, then, will be Congress, though it’s doubtful that enough opposition can be mustered to override an inevitable veto that would greet efforts to curb his power.

The other big question mark when it comes to Trump and trade is what exactly he hopes to achieve through confronting our trade partners. Trump’s critique of U.S. trade policy during the campaign was crude. He merely pointed to the existence of trade deficits as evidence that our trade deals are bad, but didn’t explain how he thought eliminating them would lead to economic prosperity at home.

It’s true that, in a basic sense, a trade deficit represents U.S. wealth going abroad, and that all else equal, producing the things we consume at home would support domestic employment. But all else is not equal. If Trump’s trade stance leads to lower imports and exports, it won’t lead to significantly more jobs, just higher prices for consumers. The only hope for Trump to be successful, then, is for Trump to use the threat of tariffs to force countries like China to open themselves up to more exports from the U.S. Because China’s economy is more reliant on exports to the U.S. than the U.S. is reliant on exports to China, there is some reason to believe that China would be willing to negotiate on this front to prevent the closing of U.S. markets. But it could also risk an internecine trade war that would create few jobs and harm both economies.

Supporters of Trump’s trade stance, like Alan Tonelson, founder of the RealityChek blog, argues that reducing imports is the price we must pay for higher employment at home. “When countries have made and pursued long-standing policies to make their markets closed, it doesn’t matter what promises they make when treaties are signed,” says Tonelson. “They will find ways to keep their markets just as closed.” If this is the case, it is a fool’s errand to believe that we can significantly increase exports to these countries, meaning we might as well focus on bringing whatever production we can back home.

Whichever trade theory you believe in, it’s important to realize that we have very little evidence of what ratcheting up trade barriers would do to a modern economy like America’s. We’ve seen only the steady march toward freer trade in the decades since World War II. For Trump supporters, his experiments are worth running. The rest of us, however, will just be along for the ride.