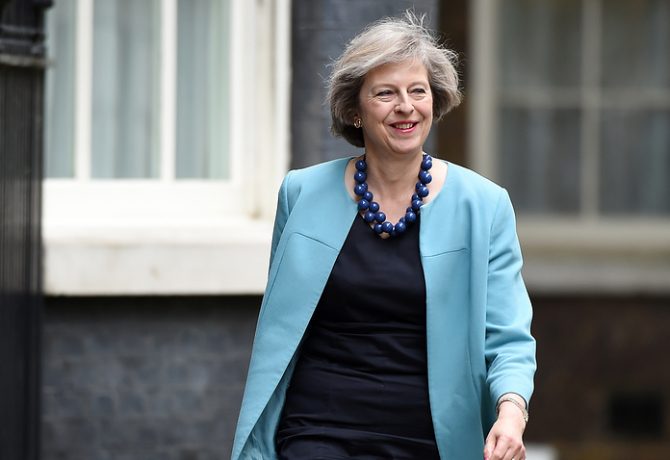 NEW DELHI : Prime Minister Theresa May said on Sunday that she valued the independence of the judiciary after some British newspapers strongly criticised the judges involved in a court ruling which could delay Brexit.

England’s High Court triggered sharp criticism from some lawmakers and newspapers on Thursday when it ruled that the decision to begin Britain’s formal divorce talks with the European Union needed to be approved by parliament and could not be taken by the government alone.

Sajid Javid, a member of May’s cabinet, called the ruling an “unacceptable” attempt to “frustrate the will of the British people”, while The Daily Mail newspaper said the three judges who handed down the ruling were “enemies of the people”.

“I believe in and value the independence of our judiciary, I also value the freedom of our press. I think these both underpin our democracy and they are important. Of course the judges will look at the legal arguments,” May told reporters on the plane to India for her first bilateral visit outside the EU.

The government plans to appeal the ruling and Britain’s Supreme Court is expected to consider the case early next month.

“We think we have strong legal arguments and we will be taking those arguments to the Supreme Court,” May said, noting that a separate legal challenge to Brexit, heard in Northern Ireland, had ruled that neither the province’s parliament nor its laws could override a decision by the British government.

May said the June 23 Brexit vote was a clear message Britons wanted to see control over freedom of movement from the EU and it was important that the government now delivers on that.

“The people spoke on the 23rd of June, I think an important aspect that underpinned people’s approach to that vote was a concern that they had about control of movement of people from the EU into the UK,” she said.

Asked whether she will have dealt with the issue of free movement by the time of the next election, due in 2020, May said that was a matter for negotiation with the EU.

“Obviously there are a lot of issues we have to deal with in that and it will be part of those discussions,” she said.