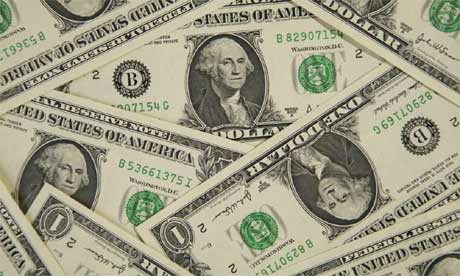 NEW YORK : A gauge of what banks charge each other to borrow dollars for three months rose on Monday to a more than seven-year high ahead of the U.S. Federal Reserve’s two-day policy meeting.

The central bank is widely expected to hold short-term U.S. interest rates in a target range of 0.25 percent to 0.50 percent at its meeting, which begins on Tuesday, while it is likely to leave the door open for a rate increase by year-end.

The London interbank offered rate on three-month dollars , a benchmark for more than $ 300 trillion worth of financial products worldwide, rose to 0.86067 percent from 0.85711 percent on Friday.

Libor has risen 37 percent since late June as U.S. money market funds have scaled back their holdings of short-term bank debt in advance of new regulations. On Oct. 14, U.S. Securities and Exchange Commission rules on share value and fees will take effect, but government-only money funds will be exempt from them.

Since July, some U.S. prime money market funds, which had been major holders of commercial paper and other bank debt, have changed over to funds that hold only government securities.

Three-month Libor’s premium to the three-month overnight indexed rate, which measures traders’ expectations on bank borrowing costs in three months, has hovered near its widest level since early 2012, according to Reuters data.

J.P. Morgan analysts on Monday forecast three-month Libor to peak at 0.90 percent by the end of the third quarter and its spread against the three-month overnight indexed rate to reach 0.45 percent.

Meanwhile, Libor for other maturities were higher from Friday.