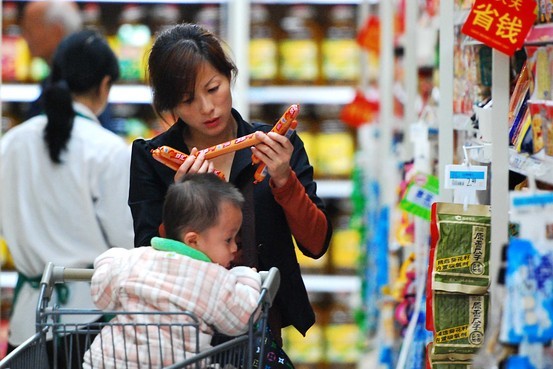 BEIJING : China’s consumer price inflation slowed to its weakest pace in almost a year in August, pulled down by abating food costs, although an encouraging moderation in producer price deflation added to recent evidence of a steadying economy.

The consumer price index (CPI) rose 1.3 percent in August from a year earlier, compared with a 1.8 percent increase in July, the National Bureau of Statistics said on Friday.

That was the slowest pace of inflation since October 2015. Analysts polled by Reuters had expected a 1.7 percent gain.

Consumer inflation has remained well below China’s official target of around 3 percent in 2016, despite concerns that severe summer flooding, which has disrupted public infrastructure and agricultural production, would ramp up inflationary pressures.

Food prices were up 1.3 percent in August, compared with a 3.3 percent year-on-year gain in the previous month. Prices of pork, China’s staple meat, rose only 6.4 percent versus a 16.1 percent increase in July.

The producer price index (PPI) dropped 0.8 percent in August from a year earlier. Analysts had expected PPI to fall 0.9 percent.

China factory prices have been falling since March 2012, but a turning point could be on the horizon as the industrial sector improves on the back of a housing recovery, and commodity prices bounce globally.

Low inflation means Beijing has room to loosen monetary policy if needed, but policymakers appear to have disparate views over how much stimulus is needed to stoke economic growth, if any, and what form it should take.

However, strengthening producer prices should temper the need to ease in the short-term. China’s central bank has not adjusted interest rates since October 2015.