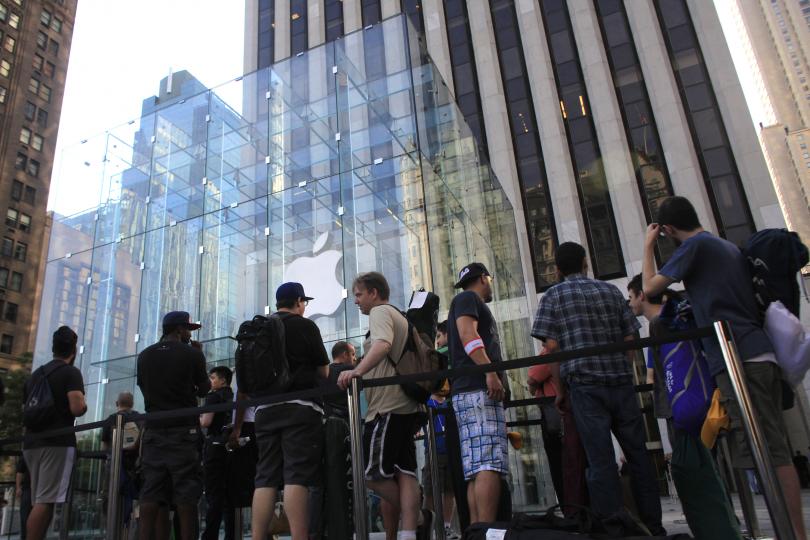 US : Apple sets stage for iPhone 7, many already waiting for 8

SAN FRANCISCO The iPhone 7 is expected to make its global debut on Wednesday, but many consumers and investors are already setting their sights on Apple Inc’s (AAPL.O) 2017 version of the popular gadget, hoping for more significant advances.

At its annual product launch in San Francisco on Wednesday, the world’s most valuable publicly traded company is expected by blogs and analysts to reveal an iPhone without a headphone jack, paving the way for wireless headphones, a touch-sensitive home button that vibrates, double-lens cameras for the larger ‘Plus’ edition and other incremental improvements.

Apple typically gives its main product, which accounts for more than half of its revenue, a big makeover every other year and the last major redesign was the iPhone 6, in 2014. The modest updates suggest that this cycle will be three years.

“It looks like part of the reason they are keeping the design the same this year is there are bigger changes they are working on for next year,” said analyst Jan Dawson of Jackdaw Research.

Sales of the iPhone dropped two quarters in a row this year, the first declines in the history of the device. With many consumers who purchased the iPhone 6 and 6 Plus due for an upgrade, Apple may eke out single-digit gains in sales for the 7, Dawson said.

But some consumer technology sites are advising users to hold off on upgrading until the next year’s version, which will mark the 10-year anniversary of the iPhone.

Analysts say the iPhone 8 may feature a wider display that reaches from one edge of the device to the other and a home button integrated into the screen.

Wall Street is impatient for growth, and Apple will be hard-pressed to reverse the downward trend this year, said Colin Gillis, an analyst with BGC Partners.

“The iPhone 7 runs the risk of disappointing investors,” he said.

Consumers are waiting longer before replacing their phones, a shift that Apple must address in its product roadmap, said analyst Ben Bajarin of Creative Strategies.

Analysts predict the Apple Watch will be the second closely watched feature of the event. Apple is expected to revamp the wearable, released last year, with a faster processor and a GPS chip, enabling users to track runs and other workouts without their phones. Most analysts believe sales of Apple’s watch – which the company has not disclosed – have not yet justified the fanfare.

Starting at $ 299, well above many other wearables on the market, the most meaningful change Apple can make is a price cut, Bajarin said.

“This category is very price sensitive,” he said. Apple is “not there yet.”