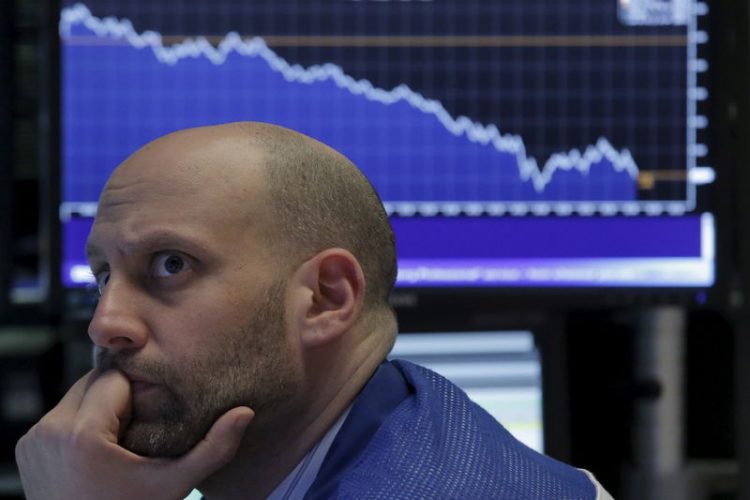 6 reasons you should be Extra Worried about the Stock Market

The stock market has entered another golden era of supreme calm.

Over the past month through last week, the S&P 500 shifted half a percentage point, either up or down, only five times. That’s the most placid four-week period in two decades. On Monday, stocks rose another 107 points on the Dow Jones Industrial Average.

Americans are expressing confidence that the big returns equities have long delivered will keep coming, and that the gains will flow smoothly. But if you’re relying on your equity portfolio to pay for your kids’ tuition and fund your retirement, which is pretty much everyone these days, it’s time to get real, and get worried. Despite the extreme calm, this could be one of the most treacherous times to dump all your money into the stock market.

The problem: Investors are looking incredibly over-confident, and the prospects for stocks are looking exceedingly weak.

The VIX vix , which is sometimes called the fear index because it tracks the demand for type of derivative contract that provides insurance against a market drop, is just under 13. That’s far below its long-term average of 20, and less than a third of where it was a year ago, when fears about slowing growth in China caused the U.S. market to drop.

Investors, it appears, are convinced, despite repeated warnings, that the Federal Reserve and the world’s central banks are dedicated to easy money policies, meaning keeping interest rates low. And low interest rates are particularly good for stock prices.

Even if that’s true, though, investors are expecting far too much from the market. While a big drop in stock prices isn’t inevitable, what’s certain is that future returns will be extremely low. Memo to investors: Optimism is rampant, and it’s also delusional. That’s a recipe for disaster.

Here are Six Reasons Why You Should Worry About Stocks.

Right now, the price-to-earnings ratio on the S&P 500 stands at 25.5, based on reported earnings-per-share over the past four quarters. That’s well above the average of around 19 since 1990, and less than 16 spanning the past 140 years. “The problem is that stock prices have been rising a lot faster than earnings since the early 1980s,” says Chris Brightman, chief investment officer of Research Affiliates, a firm that oversees strategies for $ 161 billion in mutual funds and ETFs. “That’s lifted returns far beyond the long-term average, and it’s a one-time shift. It won’t happen again.”At these elevated prices, what can investors expect going forward? A reasonable gauge is the inverse of the P/E ratio, or E/P, which transform the popular valuation measure of the market into the annual earnings yield you’re getting on each dollar you’ve paid for stocks.

That inverse ratio stands at 3.9%. Add 2% inflation, and you get to almost 6%. Unfortunately, that estimate is probably too high. The reason: Companies are constantly issuing new shares for acquisitions and executive comp. According to Brightman, constant dilution subtracts between 1.5 and 2.0 percentage points from the earnings yield. Hence, you should count on more like 4.5% annual returns.

The rub, warns Brightman, is that pension fund gurus are promising 7.5% returns. Wall Street market strategists are predicting years of sumptuous returns. And the 401K crowd has gotten used to double digit returns to meet their goals for retirement. With everyone stretching for more and more unrealistic gains, the market is set to get riskier and riskier.

#2 The big problem is profits.

The reason returns will be disappointing, and could even prove disastrous, is the dreary profit picture.By all yardsticks, profits are unsustainably high. In 2015, the Fortune 500‘s total earnings equalled 7% of revenues, 32% higher than than the 62-year average of 5.3%.

After the tech bubble burst in 2002, companies didn’t hire back the workers they’d laid off for many years. Instead, they ran extremely lean, so that the wage bill barely rose while sales waxed modestly. That trend, combined with a steep fall in their borrowing costs, created an explosion in earnings.

But today, the economy is growing at just 2% excluding inflation, well below the normal rate of well over 3%, meaning that revenues will trudge, not bolt, forward. At the same time, companies that stretched workforces to the max are finally hiring again, and the shrinking pool of skilled workers is driving pay higher. Add the prospect that rising rates will swell borrowing costs, and the outlook for profits is dim.

In its report in August, the CBO projects that domestic profits will average just 7.5% of GDP from 2021 to 2026, more than a full point below the current figure.

“We had a long period where profits were growing faster than the economy,” says Brightman, “and now it’s reversing.”

Brightman predicts that EPS will rise at 1.5%, excluding inflation, over the next decade or so. But he warns that number could easily be zero or even negative if public policy—like higher corporate taxes—severely punished profits.

#3 Interest Rates Are As Low As They Can Go

Contrary to the fears of many on Wall Street, a gradual rise in rates shouldn’t seriously dent the economy. In fact, continued rate hikes from the Federal Reserve might actually boost the economy, by giving a lift to confidence. However, two possible scenarios should trouble investors.

First, it seems that any rate increase the Fed announces can spook markets. “The market doesn’t believe any of the Fed’s promises about rates, but as soon as Yellen actually announces a new increase, investors will panic, just as they did after the December increase,” says Jim Bianco, president of Bianco Research LLC. If the rise does indeed signal a better economy, the selloff should be temporary, because higher profits should follow.

Second, a big, sudden rate rise is certain to spook investors, and cause more lasting damage. That’s because companies’ and consumers’ borrowing costs would rise a rapidly while their revenues and incomes play catchup, pummeling corporate profits, at least for a while.

The CBO forecasts 3.4% rates on the 10 year by 2020. That number implies what’s most likely: a gradual rise in rates that won’t spook markets, and slow earnings growth that could keep P/Es where they are now, but produce low single-digit returns for shareholders.

#4 The political climate is pro-worker, not pro-profits.

Whether Trump or Clinton wins the presidency, it’s clear that the a new administration will want workers to earn a lot more, and by implication, for corporations to earn a lot less. It’s widely accepted, and basically correct, that companies have prospered for years at the expense of their workers. And both parties believe it’s beyond time the balance shifted back to rewarding the men and women who make the cars, check out the groceries, and serve the burgers.

Whatever the merits of these proposals, they’re bad news for profits. They’d further tighten the squeeze between slow revenue growth and expanding costs. If the legislation and regulation, including those to nix free trade deals and severely restrict immigration, go too far, the U.S. risks not just slow growth in profits—that’s practically inevitable—but a collapse.

In the aftermath of the Brexit vote, Euro-skepticism is on the rise. In October, Italy is holding a constitutional referendum and its prime minister, Matteo Renzi, pledges to resign if it’s defeated. Renzi’s exit would create a wide opening for ultra-right wing parties that favor dumping the euro, or leaving the European Union.

Italy’s banks are also basically insolvent, and a dearth of credit is prolonging its deep recession. Brussels’ refusal to suspend EU rules that block Renzi from bailing out Italian lenders is causing further tension. A Renzi loss, a banking collapse, or a combination of the two could cause the Eurozone’s third largest economy to ditch the common currency and restore the lira.

And nationalist, anti-EU movements in France, Portugal, Poland, and other nations could cause the Eurozone to fracture.

A Eurozone collapse would be the ultimate black swan, causing panic selling worldwide. But it would also be an historic buying opportunity. Freed of the strictures of the euro, the weaker nations would regain their competitiveness, and escape the stagnation and austerity that have plagued them for years.

Bianco warns that a collapse in crude prices would create credit crisis. “When the price is 45 or above, about where it is now, there’s no correlation between oil and the stock market,” says Bianco. “But when it falls to the low $ 30s, there’s a very high correlation.” He argues that $ 3 trillion in debt held by frackers, suppliers and other producers are “at serious risk of defaulting” at those levels. The last time prices tanked, he notes, bank prices fell 20%, on fears their energy loans would default. He warns that it becomes a credit problem—one that may not be as large as the sub-prime crisis, but still extremely damaging.

In conclusion, we’ve entered a new era. It’s not the one Wall Street is selling. Investors are buying into an economy beset with low revenue growth, rising costs, dwindling profits, and a political climate hostile to business. Stocks could well muddle through, but if you’re nostalgic for the past, as the song says, “Let it go.” On Wall Street, winter is coming.