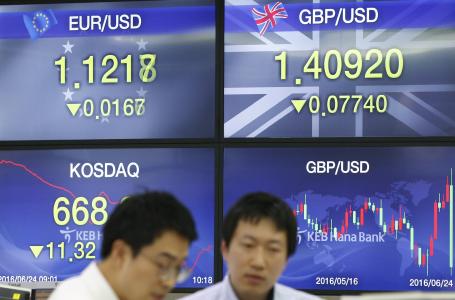 TOKYO : The dollar stood tall in Asian trading on Monday, after Federal Reserve Chair Janet Yellen’s upbeat comments on the U.S. economy prompted traders to raise their expectations of an interest rate increase.

At the Fed’s annual gathering for global central bankers in Jackson Hole, Wyoming, Yellen said the case for an interest rate hike has strengthened in recent months as the labor market and economy have improved.

Yellen offered no hints on the timing of any hike, but Fed Vice Chair Stanley Fischer said Yellen’s speech was consistent with expectations for possible interest rate increases this year.

“It wasn’t so much what Yellen said, but what Fischer said afterward that really moved markets,” said Ayako Sera, market strategist at Sumitomo Mitsui Trust Bank.

Fischer, the Fed’s No. 2 policymaker, said Friday’s non farm payrolls report for August will likely weigh on the decision over a hike.

“I think the evidence is the economy has strengthened… (with) the big numbers are better than they have been for some time,” Fisher said of the economic data.

“If the payrolls figure is strong, the dollar could move toward a test of the 105 level against the yen,” said Mitsuo Imaizumi, chief currency strategist at Daiwa Securities in Tokyo.

Interest rate futures indicated the market priced in more than a 30 percent chance of a hike in September from 18 percent before Yellen and Fischer spoke, according to CME Group’s FedWatch tool. For December, the odds rose to more than 60 percent, from 57 percent Friday morning.

Despite a chorus of hawkish comments from Fed officials in recent sessions, currency speculators trimmed bets on the dollar for a fourth straight week in the week ended Aug. 23, reducing net dollar-long positions to their lowest since early July.

Concerns about the strength of the U.S. economy remain, and were underscored by Friday’s second estimate of U.S. gross domestic product that showed second-quarter growth was slightly lower than previously thought.

Sterling, meanwhile, edged down 0.1 percent to $ 1.3118 GBP=, after notching a three-week high of $ 1.3280 on Friday following solid UK growth and business investment figures.

The data showed the British economy grew 0.6 percent in the second quarter and was up by 2.2 percent on year, in line with preliminary readings and forecasts. Business investment unexpectedly rose in the April-June period compared with the previous three months.