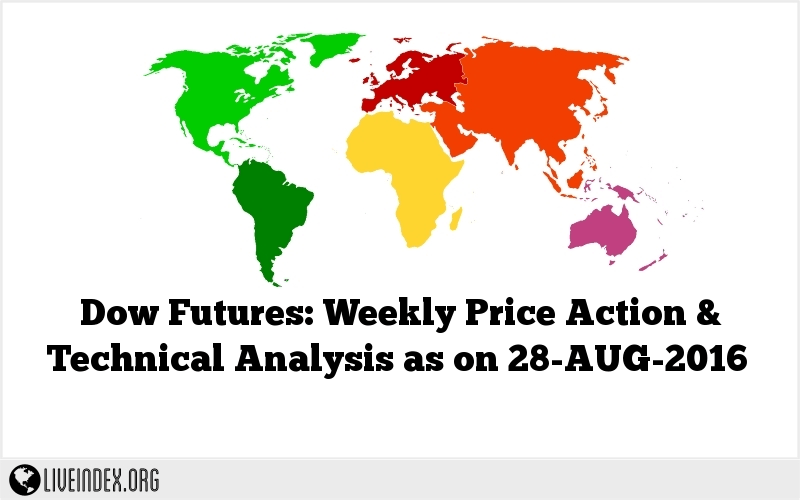 The Dow was the weakest among the main American indexes throughout the passing week. Unlike the others (SP500, Nasdaq and the Russel) it didn’t make a Weekly HH.

The monthly bar of August which is about to close in the coming week looks currently weak, rather far from the upper Bollinger Band, a loss of the strong momentum that has been demonstrated on July.

Yet, the Weekly bar is still supported above the Weekly 8 EMA, serving as the short term sentiment line, supported right on the previous all time High of May 2015 .

A bearish setup might develop is the market trading at the beginning of the coming week inside the range of last Friday, respecting it’s High (at 18554), where not before Wednesday takes out the Low of Friday. I wouldn’t give much chances for such a setup to succeed, reaching its targets.

Looking upwards, the main targets and resistance lines mentioned in the previous reviews – are still unchanged :

Dow futures, Weekly and Monthly charts (at the courtesy of prorealtime.com)