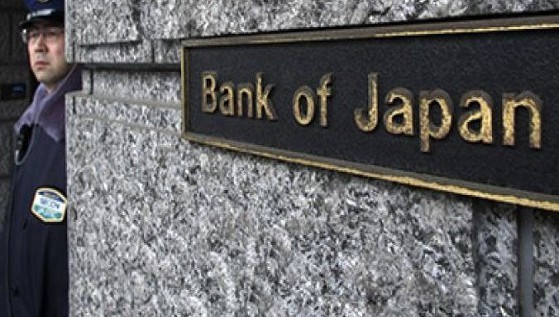 BOJ will act ‘without hesitation’ to revive inflation -Kuroda

JACKSON HOLE : The recent dip in inflation in Japan may mean inflation expectations are not yet anchored at the Bank of Japan’s two percent target, and the bank will approve more quantitative easing or lower negative interest rates “without hesitation,” BOJ Governor Haruhiko Kuroda said on Saturday.

“The Bank of Japan will continue to carefully examine risks and take additional easing measures without hesitation,” Kuroda said at the Federal Reserve’s monetary policy symposium here. “It could be that long term inflation expectations are yet to be anchored in Japan.”

Kuroda said he felt that between quantitative easing and negative interest rates the BOJ had an “extremely powerful policy scheme” and “will act decisively as we move on” in order to raise inflation to two percent.

But he acknowledged the struggle, with evidence accumulating that inflation expectations in the country have yet to rebound after the collapse of oil prices in 2014, and despite the bank’s massive bond buying and negative interest rate policies.

Anchoring inflation expectations at the bank’s 2 percent target is “definitely a prerequisite” to achieving the bank’s goals, he said.

Policymakers in Japan may be mulling other steps in the struggle to raise potential growth and meet the bank’s targets.

Asked at the conference about the use of “helicopter money,” or central bank financing of what are in essence fiscal programs, Kuroda said there were limits to that under Japanese law.

But he also noted that the supply of Japanese government bonds available for the bank to buy “will continue to shrink quite rapidly” given the size of the BOJ’s purchases.

He did not say specifically what the BOJ might do in response to what is in effect a limit on how much farther quantitative easing can go.

Reuters earlier reported that the BOJ may use more negative interest rates to keep long term bond yields at a desired level to boost the economy. The European Central Bank in April expanded its asset purchases to include corporate bonds.