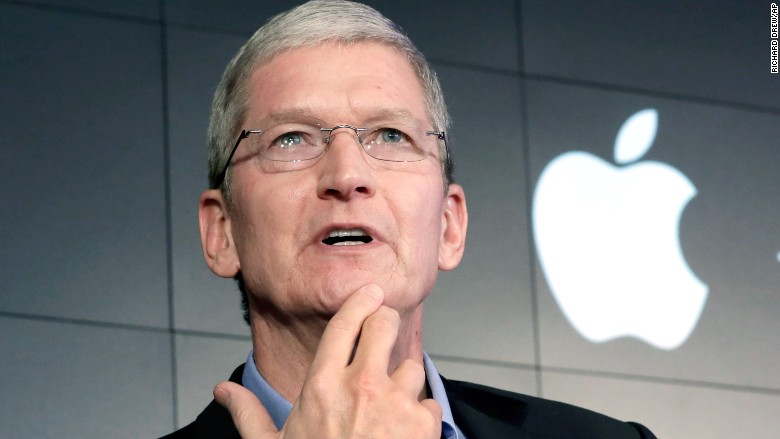 When it comes to executive compensation, it appears Apple doesn’t think all that differently from the rest of the Fortune 500. This week, Tim Cook celebrated his 5-year anniversary as CEO of Apple. And he did it by receiving a big payday.

His anniversary present: nearly $ 136.5 million worth of Apple stock, related to a deal that Cook struck when he became CEO back in 2011. In all, Cook has been paid $ 373 million related to the initial share deal. And he could still cash in another $ 360 million in the next five years, based on Apple’s current stock price.

Some of that money was part of a signing bonus that pretty much guaranteed Cook millions the day he took the job. But a good portion of the payday, particularly this year’s, might not have happened, if not for a nifty trick that Tim Cook and Apple’s compensation committee pulled off three years ago. This was when shareholders were threatening to revolt unless the company rethought Cook’s pay, which at the time seemed out of line with Apple’s then-lackluster performance.

At the time, Apple said that the company and Cook had agreed to altering the CEO’s pay package because of a “strong desire to set a leadership example in the area of CEO compensation and governance.” But instead of earning a gold star for governance, the change insured that hundreds of millions would continue rolling into Cook’s personal accounts uninterrupted.

For example, about a quarter of Cook’s annual payday is supposed to be tied to the performance of Apple’s stock, which hasn’t been so great lately. Shares of Apple have fallen nearly 5% in the past year, at a time when the S&P 500 broad market index—which Apple has picked as the bar it has to beat—has risen nearly 10%. Cook’s bounty for this shabby performance: $ 30 million.

Alan Johnson, a top compensation consultant who is no stranger to big pay packages—he specializes in working with Wall Street—says Cook’s huge anniversary haul shows that something is broken at Apple. “It looks like Apple’s compensation committee went for a quick cop-out, and that’s what they probably did,” says Johnson.

Of course, Apple is far from alone when it comes to questionable pay packages. Yahoo’s Marissa Mayer could pocket nearly $ 125 million if her company completes an announced deal with Verizon vz , even though the internet company’s core business dropped $ 3 billion in value under her tenure.

The problem, like most in the world of executive compensation, is that Apple set the bar way too low.

In 2011, when Cook was named chief executive, the company granted him 1 million shares of restricted stock besides his normal pay, which essentially jumped to 7 million when Apple split its shares 7-for-1 in 2014.

Even during that period, in the wake of the financial crisis when more companies were moving to more performance-based pay, Cook’s compensation plan was behind the times. To earn the restricted stock, Cook didn’t have to meet any particular performance targets. All he had to do was hold onto his job.

It took shareholders a little while to push back against the new boss. But a little over a year later, amid lackluster performance, pressure was building on Apple to alter Cook’s pay package and add some accountability. And in the summer of 2013, the company bent to those demands, saying that Cook would only be able to earn the remaining portion of his restricted stock if Apple’s shares did better than the S&P 500.

The rub: There couldn’t have been a better time for Cook to throw his lot in with shareholders. Shares had slumped over the past year, in part because of the CEO’s inability to impress investors. So in June 2013, when Apple made the changes that would tie Cook’s pay to the future performance of the company’s shares, Apple’s stock was trading at a rock-bottom price-to-earnings ratio of just over 9, which was the lowest it had ever been.

There was no way, of course, for Cook or Apple to know that the iPhone maker’s shares would rebound. But given how low the p/e was, and the fact that Apple’s shares had significantly underperformed the stock market in the past year—falling by nearly a third even as the rest of the market was up slightly—it was a pretty good bet that Apple’s shares would be able to beat out the S&P 500 over the next year, even the next five.

In fact, it turns out that Cook threw his lot in with Apple shareholders at the exact right time, catching the stock at its low. Apple’s shares rose by 61% the next year, and by another 32% after that. The S&P 500—Cook’s bar to clear—rose just 21% and 4% respectively those next two years.

It’s not clear why the company picked the S&P 500, and not a group of other tech companies, like Google or Samsung, to measure against.

What’s more, Apple tied Cook’s annual restricted stock grant to a rolling three-year time frame, guaranteeing that the huge jump in Apple’s shares in the first year would pretty much ensure that Cook would be able to continue to collect his restricted stock, even this year. Even though the stock hasn’t come close to matching the performance of the market lately, its three year performance is still up 55%, far higher than the S&P’s nearly 30% gain in the same time. The result: Cook got to collect his annual restricted stock bonus.

In the past week, a number of commentators have defended Cook’s enormous pay package. In the five years since Cook became Apple’s CEO, the company has brought in nearly $ 200 billion in cash flow, and based on that, his $ 373 million payday, or even $ 700 million, doesn’t look like so much.

But that cash flow wasn’t really generated by Cook. Nearly all of that comes from the iPhone, which was Steve Jobs’ creation. Products that have been launched under Cook, such as the Apple Watch, still add up to a very small portion of Apple’s overall earnings. Being paid $ 700 million dollars for keeping the lights on—even if the company remains relatively well-lit—seems excessive, especially given the growing shadows lately.

Johnson says the big problem turned out to be tying Cook’s pay to how well the company’s stock has done relative to the S&P 500. “They could have tied Cook’s pay to phone sales, or market share, or new products,” says Johnson. “Lots of things would make more sense.”