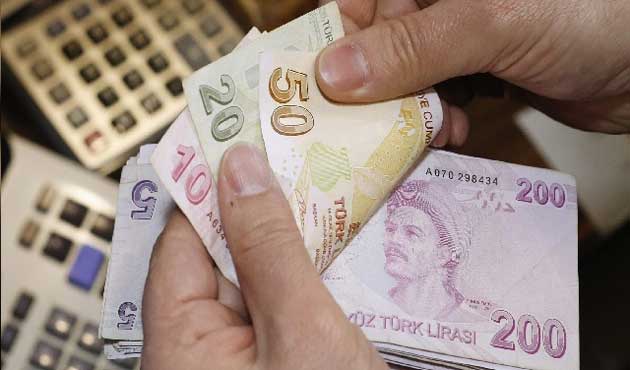 ISTANBUL : Turkey’s central bank cut interest rates for the sixth straight month on Tuesday despite high inflation and the threat of credit rating downgrades, saying the adverse market impact of last month’s failed coup had all but reversed.

The bank cut its overnight lending rate, the highest of the multiple interest rates it uses to set policy, by 25 basis points to 8.5 percent. It left its benchmark one-week repo rate unchanged at 7.5 percent.

The attempted coup on July 15 and its aftermath have increased uncertainty for investors and sent Turkey’s lira to record lows against the dollar, although the currency has since recovered almost to pre-putsch levels.

“The adverse impact of domestic developments in mid-July on market indicators has been largely reversed due to improved global risk appetite and the recent measures,” the central bank said in a statement, though it noted a fall in tourism revenue would have a negative impact in the short term.

In a bid to stimulate lending, the bank cut minimum reserve requirements for commercial banks in early August.

President Tayyip Erdogan, who wants stronger consumption-led growth, has made repeated calls for cheaper credit. He told lenders this month following the failed coup that they should not be charging high interest rates, and promised action against those that “go the wrong way”.

William Jackson of Capital Economics said the decision to cut “provides further evidence that the (monetary policy) council is paying scant regard to its inflation target and more attention to moves in the currency.”

“The council appears to be underestimating the risks facing the Turkish economy,” he added in a note to clients, forecasting Turkey may have to reverse the cycle of easing in 2017 once the U.S. Federal Reserve begins raising interest rates.

Fifteen of 17 economists in a Reuters survey had forecast a 25 basis point cut in the overnight rate, while two expected a cut of 50 points.

The lira strengthened slightly, trading at 2.9325 to the dollar by 1250 GMT from 2.9398 immediately before the rate decision.

Credit rating agency Fitch lowered its outlook on Turkey to negative from stable on Friday, while Moody’s said on July 18 it was putting its rating on review for a possible downgrade to junk status.

“The prospects for significant structural reform that would shift the structure of growth from private consumption have diminished,” Fitch said in its statement on Friday.

The bank said at the time of the reserve requirement cut that the measure could provide up to 1.1 billion lira ($ 370 million) to the economy and $ 600 million to the financial sector.

Consumer prices rose 8.79 percent year-on-year in July, up from 7.64 percent in June, meaning inflation is running well above the central bank’s year-end estimate of 7.5 percent.

The bank said it expected unprocessed food prices, which have risen sharply in recent months, to correct downwards in the short term and forecast a gradual decline in the core inflation trend.

Some economists were less optimistic.

“The central bank has approached the limit in terms of rate cuts,” Mehmet Besimoglu, chief economist at Oyak Securities, said in a note to clients, forecasting year-end inflation of 8 percent at least.