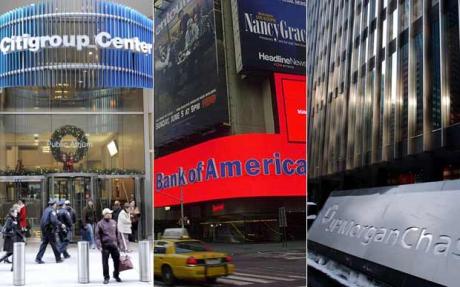 US : Banks want to cut branches but customers are not ready to give up

Despite banks nudging toward online tools, many U.S. customers are not ready to give up regular visits to their nearest branch, complicating the industry’s efforts to slim down.

U.S. banks have trimmed the number of branches by 6% since it peaked in 2009, according to Federal Deposit Insurance Corp data. The 93,283 branches open at the end of last year was the lowest level in a decade.

Yet analysts who have examined the data say banks should have done more to offset the pressure on revenue from low interest rates and regulatory demands.

The number of FDIC-insured banks has fallen by more than 25% over that time even as industry assets have grown, indicating room for greater branch consolidation.

Bank executives argue, however, that branches remain crucial for acquiring new customers and doing more business with existing ones. Closures, they say, would hurt revenue more than help reduce costs.

“Our customers still want to visit us,” Jonathan Velline, Wells Fargo’s head of ATM and store strategy, told Reuters in an interview. “They’re still coming to our stores and our ATMs at pretty consistent rates.”

Bankers across the industry share that view. They say online banking complements traditional services for U.S. customers, but few have gone fully digital.

The United States falls somewhere in the middle among developed nations in terms of how aggressively its banks have been slimming down, according to the International Monetary Fund’s population-adjusted data. They have cut relatively more branches than banks in Germany, France or Canada, but not nearly as many as those in Greece, Ireland, Spain or Italy.

While other factors are at play, one difference is that U.S. customers still routinely use checks and need branches to process them, said Rick Spitler, managing director at consulting firm Novantas.

FDIC Chief Economist Richard Brown said he often fields questions why the industry still has so many branches.

“This thesis that we have mobile banking and high-tech banking, therefore the branch offices are dinosaurs and going away appears to be substantially overstated,” he said.

The case for reining in sprawling branch networks as a way to cut costs looks compelling. The traditional branch costs roughly $ 2-4 million to set up and $ 200,000-400,000 per year to operate, according to Ed O’Brien, an analyst at Mercator Advisory Group. For big banks with thousands of branches – many of them clustered in pricey urban centers – it can get expensive.

Yet bank executives argue that, in a competitive market, they need to be footsteps away from the best customers. Executives at JPMorgan Chase jpm , the country’s largest bank, say each branch earns about $ 1 million in annual profit, but takes a decade to reach its full potential.

Chase bankers regularly scrutinize data on branch foot traffic and what customers do while inside to determine whether a location should remain open, shut down or shrink.

The bank has shut 265 locations since 2013, roughly 5% of its network, but executives insist that branches remain essential for JPMorgan’s relationships with customers. They are the best way to sell clients many products and services ranging from mortgages to investment advice, according to Gordon Smith, JPMorgan’s head of consumer and community banking.

“Often I will be asked why don’t we just accelerate closings. Why don’t we close 400 or 500 branches?” Smith said at the 2016 investor day. “The answer is that customers won’t go there.”

“Proximity to their business is a very, very important factor to their bank selection and their continuing relationship with a bank,” Elmore told Reuters.

Banks do keep trying to steer customers to digital tools. They have reduced the number of tellers and moved them to the back. Their ATMs can perform more sophisticated tasks and banks have developed nifty mobile apps for routine banking needs. They are even experimenting with digital loan underwriting.

Yet customers still expect contact with bank staff and JPMorgan recently had to hire more tellers after customer complaints. JPMorgan and Wells Fargo data show most customers visit branches several times every quarter, though younger clients tend to visit less often. It may be too early to tell what happens in the long run when a big bank shutters many branches.

Bank of America, which has closed a quarter of its branches since 2009, could eventually serve as a test case. The bank says it is done with cuts, but Keefe Bruyette & Woods analyst Fred Cannon calls for more. He also points to Citizens Financial Group cfg , KeyCorp key , Comerica cma , and Zions Bancorp zion as banks that have not slimmed down enough.

James Abbott, investor relations chief for Zions, said the group had eliminated roughly 20% of its branches since 2009 and continued to evaluate further cuts. The other banks did not provide a comment for this story.

Cannon argues their costs are too high, and that they could eliminate locations without giving up much revenue. “I think there’s going to be a real question about the cost of that branch infrastructure,” he said.