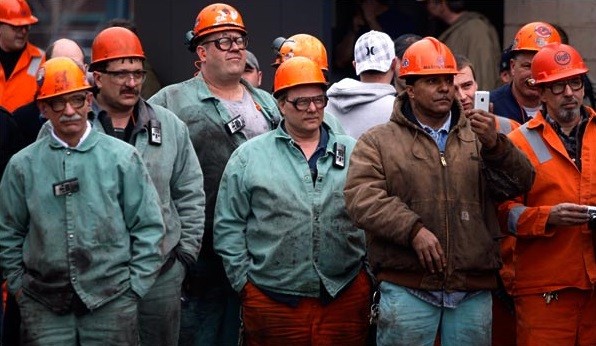 US : Tide has begun to turn on middle class jobs

A major problem since America’s recovery from the recession has been the quality of jobs that have come back. For years, job growth was strongest in high-wage and low-wage jobs, hollowing out the growth of middle class positions. The decades-long trend of income inequality worsened after the recession.

But the U.S. economy may now be shifting gears toward more middle class jobs.”The tide has begun to turn,” William Dudley, president of the New York Federal Reserve, said Thursday. “For the first time in quite a while, gains in middle-wage jobs actually outnumber gains in higher- and lower-wage jobs nationwide.”

Between 2013 and 2015, the New York Fed found, the economy added 2.2 million middle class jobs. That far outpaced the 1.5 million high-wage jobs added and the 1.6 million low-wage jobs gained during that time.

It’s a sharp reversal from the early years of the recovery from the Great Recession. Between 2010 and 2013, low and high-wage industries hired roughly 2.1 million workers each, while only 1.2 million middle class jobs were added.

Middle class jobs are characterized as workers making approximately $ 50,000 to $ 30,000. Construction, transportation, installation and education jobs have led the charge of good-paying jobs in the past few years.

The New York Fed’s findings come amid a major debate about skills. The U.S. has a near-record number of job openings: 5.6 million. That’s partially good news — employers are hiring. But it also indicates companies can’t find the workers they need. The “job skills gap” between unemployed workers’ skills and employers’ needs has plagued the recovery.