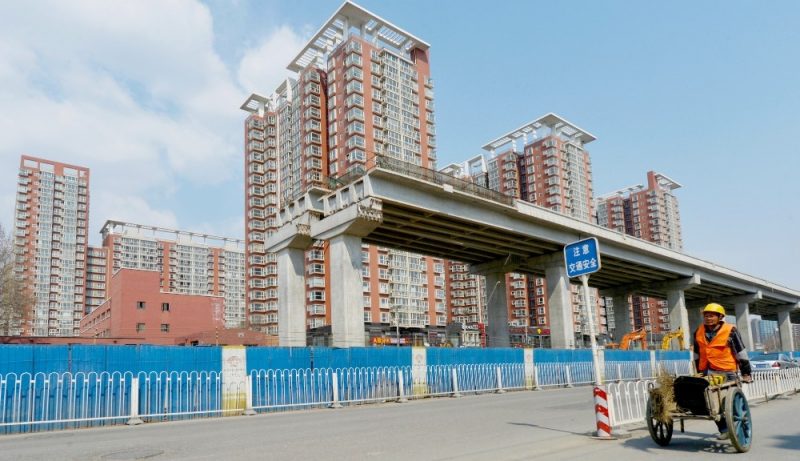 BEIJING : China home prices rose 0.8 percent in July nationwide, but stalled or fell in more cities than in June, adding to concerns that one of the economy’s key growth drivers is losing steam but offering some relief for policymakers worried about property bubbles.

A robust recovery in home prices and sales gave a stronger-than-expected boost to the world’s second-largest economy in the first half of the year, helping to offset stubbornly weak exports.

However, some analysts say slowing price growth and weakening property investment suggest the rebound may have peaked, as more local governments tighten restrictions on home purchases in a bid to keep fast-rising prices in check.

July home prices rose at the same pace as in June, which was the slowest since April, according to a Reuters calculation based on data issued by the National Bureau of Statistics (NBS). And, out of the 70 cities surveyed, prices stalled or fell on a monthly basis in 19 cities in July, compared to 15 in June.

Home prices in first- and second-tier cities continued to see eye-popping annual gains, with southern boomtown Shenzhen and coastal Xiamen rising the most at 40.9 percent and 39.2 percent, respectively from a year earlier.

Worried by sharp price rises, a growing number of more affluent cities have tightened home purchasing restrictions in recent months – most recently Nanjing and Suzhou – including introducing measures to raise the down-payment ratio for second mortgages.

Cities that have seen the biggest drop in prices include Dandong and Mudanjiang, situated respectively in China’s rustbelt Liaoning and Heilongjiang province.