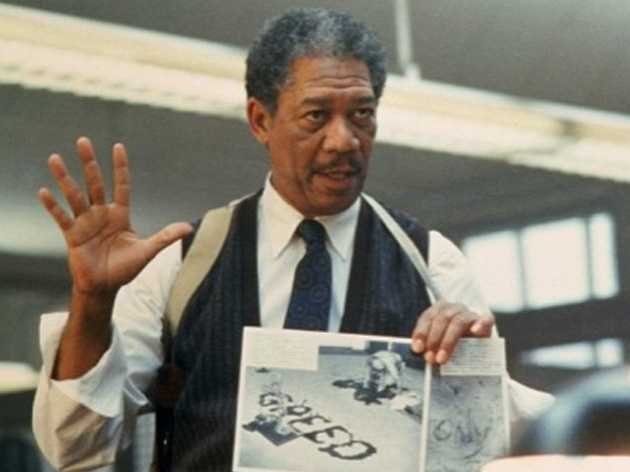 Don’t be greedy… it works against you

The more you love money, the less it appears to love you back. A new study found that nearly 60% of investors who score high on a “love of money” scale actually have bad financial outcomes, according to State Street’s Center for Applied Research, which surveyed 3,000 retail investors across the globe.

“The more that people love money, the more money they lose,” says Suzanne Duncan, head of global research at State Street. Money lovers “are very much susceptible to instant gratification effects — short termism. They very much want to have money now.”State Street also found the opposite is true: Those who love money least make better investment decisions.

Money lovers are less likely to prioritize saving or contribute to their retirement plans. They tend to buy high and sell low. When surveyed, they answered that they would rather have $ 1,000 now than wait five years and earn $ 1,900.

Although America is the home of Wall Street, it did not have the highest “love of money” score, according to State Street. India took the title with 93% of its respondents scoring high. China and Brazil had the next highest scores. About 65% of U.S. investors scored high.

Duncan attributes the high love of money in developing countries to the lack of government safety nets, like social security, which offers financial assistance during old age. That drives people to crave money more, she says.

One trait among investors who love money is that they look at their phones more than their counterparts. State Street found that people who scored high on its survey tend to spend 29 minutes a day on average on financial apps on their mobile phone whereas those who scored low only spend 15 minutes per day.

Loving money also varies with age — young people tend to love it more than their parents and grandparents. About 67% of Millennials scored high on the survey while baby boomers only hit 48% and “traditionalists” or the World War II generation were a mere 35%.

How rich you are actually doesn’t matter, according to the survey. State Street found no correlation between love of money and wealth level. Duncan says it’s not about how much you have but rather your emotional connection to the money.

State Street asked investors 15 questions based on the work of Thomas Li-Ping Tang, a professor at Middle Tennessee State University who specializes in economic psychology.

Duncan’s tip: focus on a goal, not the paycheck behind it.

“If we focus on a goal, we find that individuals who do that, they have a much easier time achieving a financial goal,” Duncan says.