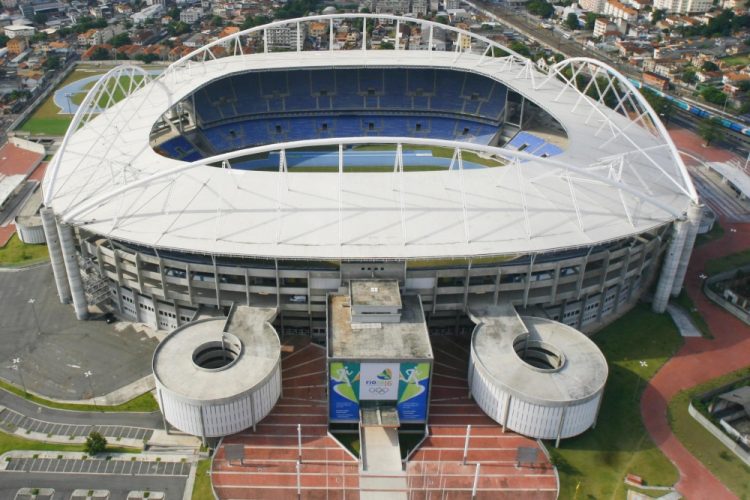 The Rio Olympics in Brazil are shaping up to be nothing like the “perfect storm” of disaster that organizers had predicted.

The pleasant surprise has investors pointing to something else in Brazil that has performed better than expected recently: The country’s stock market, which has risen nearly 35% so far this year in local currency terms. In U.S. dollars, the winnings have been even greater. The MSCI Brazil Index returned 71% year to date through Thursday—adding 8% just since the 2016 Olympics opening ceremony.

That’s a pretty remarkable streak, made all the more extraordinary when you consider that Brazil is currently going on its third straight year of recession, after its economy contracted for the last five quarters in a row. Or that the mosquito-borne Zika virus is scaring away tourists, while Olympic athletes are recoiling from the country’s sewage-contaminated water. Or that Brazil, the world’s ninth largest economy, is in the process of impeaching its president Dilma Rousseff, indicting her this week after temporarily removing her in May. Never mind that the city hosting the Brazil Olympics, Rio de Janeiro, has declared an official state of financial emergency.

Of course, the Brazilian stock market’s rally follows a steep decline of nearly as much over the previous three years; the country’s equities remain far below their 2008 highs, before the commodity boom ended and wiped away a chunk of Latin America’s economies. But just when conditions in Brazil seem to be hitting new lows, investors think the country’s darkest days may end with the festivities of the Games, if they haven’t already.

Mark Mobius, renowned emerging markets investor of Franklin Templeton ben , wrote on Twitter Wednesday, “We see a bottoming likely in Brazil’s economy and have seen rays of hope in recent economic indicators.” Mobius was paraphrasing a piece by his colleague Gustavo Stenzel, Templeton’s director of Latin America strategy, pointing to recent increases in industrial production as well as consumer confidence in Brazil. In short, Stenzel predicted that the clouds above Brazil’s economy seem to be parting.

#Stenzel: We see a bottoming likely in #Brazil’s economy and have seen rays of hope in recent economic indicators. https://t.co/5yyOSCYZPk

Indeed, if you had to put your finger on what’s been driving the stock market higher despite Brazil’s misfortunes, it would be the growing sense that things can’t possibly get worse.

Much of the current investment case for Brazil hinges on Rousseff being officially impeached and permanently removed from office, to be decided in a trial slated to happen right after the Olympics. And the current period could be the last quarter of contraction for Brazil’s economy, which will likely start growing again—albeit very slowly—later this year, says Gabriela Santos, global market strategist at J.P. Morgan Asset Management. “We do believe we’re a little bit closer to the end of the recession in Brazil, and perhaps we have already seen the worst,” Santos says. “But still it’s a very timid return to growth.”

If the Olympics have any impact on Brazil’s economy, some critics even argue that they may make Brazil’s economy worse, by putting additional stress on an already strained market. The country, stricken with poverty and a dysfunctional health system, could be wasting the $ 15 billion it is spending on infrastructure for the Games, as few host cities turn a profit on the event, and some have ended up with as much as $ 1 billion in extra debt.

Still, such pessimism surrounding the Olympics could mark the nadir of sentiment in the country. “Consumer and business confidence appears to have bottomed out in Brazil,” the International Monetary Fund wrote in its latest economic outlook update last month. That gives Rio a chance to pull off an underdog victory, which could send the Brazilian stock market higher still, investors hope. “We think any improvement in the economy could have a tremendous impact on Brazilian companies and the business environment in general,” Stenzel wrote.

Still, there is a concern that the rebound in the stock market was “just a dead cat bounce,” Santos says. That’s something that has happened before in Brazil. “Markets might be getting a bit ahead of themselves at these prices,” says Jorge Amato, Latin America investment strategist at Citi Private Bank, which recently upgraded its Brazil position from underweight to neutral. “Now the question is whether or not the macro data is going to validate this or disappoint.”

Economists caution against giving too much credence to the ability of the Olympics to make or break Brazil. But that hasn’t stopped investors including Mobius and Stenzel from hoping that the “the goodwill generated by the Olympics this month will continue to recharge people’s spirits,” and by extension, help kickstart Brazil’s economy again. “In all, as the country welcomes thousands of athletes and visitors and cheers the local favorites, it silently hopes that the soaring Olympic spirit will also help lift the animal spirits of the Brazilian economy and bring it back to the podium reserved for the top performers,” Goldman Sachs wrote in a research note earlier this month.

As for the actual Olympics, Goldman also predicted in the same note that Brazil would come in 11th with 22 medals. As of Friday, Brazil had won three, and is in 21st place. So like with the economy, the country still has a way to go.