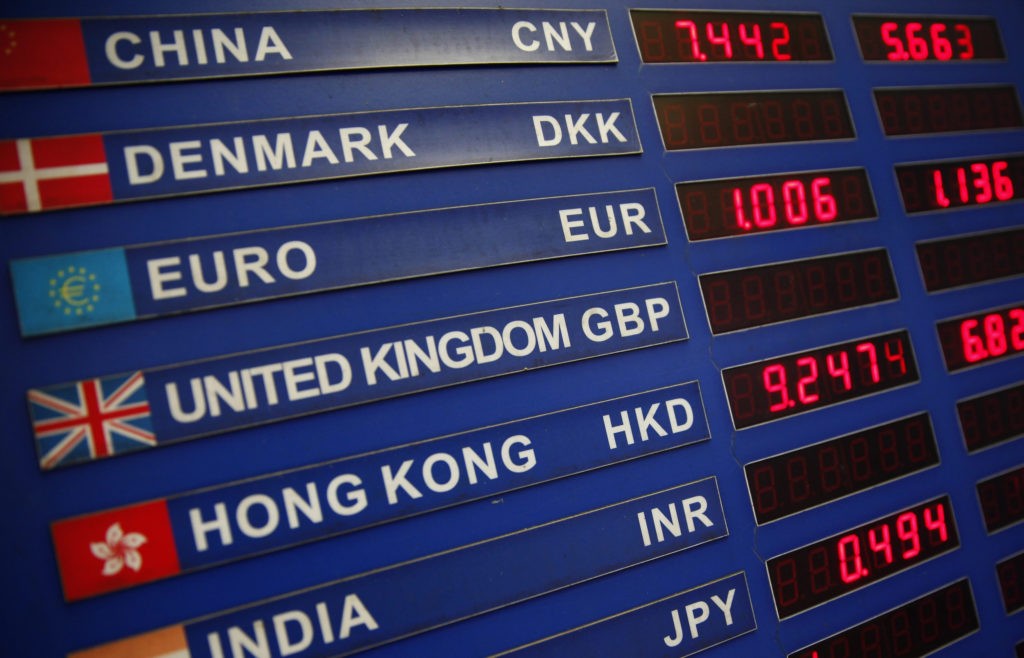 TOKYO : Sterling skidded in Asia on Tuesday on speculation of further UK policy easing, while the dollar held its ground amid growing confidence that the U.S. Federal Reserve could raise interest rates later this year.

Sterling slipped 0.4 percent to $ 1.2981 GBP= after Bank of England policymaker Ian McCafferty said in an op-ed for the Times that more quantitative easing was likely to be required if the UK’s economic decline worsens.

The dollar index, which gauges the greenback against a basket of six major rivals, erased earlier slight losses and edged up 0.1 percent to 96.474 .DXY.

It held well above last week’s low of 95.003, which was its lowest since late June.

Fed funds futures prices showed traders now see almost a 50-50 chance of a U.S. rate hike by December, according to CME Group’s Fed Watch tool. That compares with 30 percent as recently as last week, before the better-than-expected nonfarm payrolls report on Friday.

“A lot of people are taking summer vacations in Japan this week, so volume is relatively low, and there aren’t many market-moving factors,” said Koji Fukaya, president of FPG Securities in Tokyo.

New Zealand’s dollar was steady despite expectations that the Reserve Bank of New Zealand will cut interest rates by 25 basis points to 2.00 percent on Thursday, when regional forex liquidity is likely to be thinner than usual due to a public holiday in Japan.

Some 24 of 25 economists polled by Reuters are expecting a rate cut. Economists expect the policy rate will be cut again to 1.75 percent by the fourth quarter and then hold steady, although some are predicting rates are headed even lower.

“But with the highest interest rates in the G10 and risk aversion calming down – meaning carry trades becoming popular again – they have a lot of cutting to do,” Gittler said, particularly since the market is also pricing in one more rate cut for the Australian dollar, the second-highest-yielding G10 currency.

“The Aussie is off on the weak business confidence numbers from Australia. The Chinese numbers have had no effect,” said Sue Trinh, senior currency strategist at RBC Capital Markets in Hong Kong.