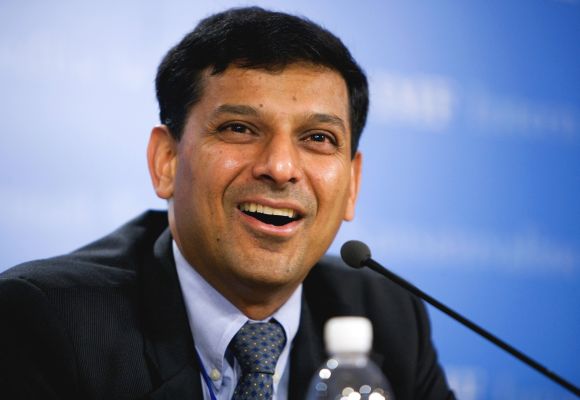 MUMBAI : Stubbornly high food prices mean Reserve Bank of India Governor Raghuram Rajan is unlikely to make a valedictory rate cut at his final policy review on Tuesday before stepping down on Sept.4.

Instead, the much-praised former International Monetary Fund Chief Economist can stake out what needs to be done for India to win its long war against volatile inflation, which means sticking with the programme and targets he set in place.

Rajan is also likely to stress the need to keep the RBI’s focus on cleaning up bad debts hobbling banks, so that they can once again support investment needed if India is to keep its place as one of the world’s fastest growing economies.

India has much to thank Rajan for. He steered the rupee off the rocks when he was appointed three years ago, restoring foreign investors’ faith in the economic management of the country.

And blessed by falling oil prices, his single-minded approach succeeded in halving the inflation rate from the double digit levels prevailing when he came in.

Appointed by the previous Congress party government, Rajan quickly earned the respect of Prime Minister Narendra Modi, whose Hindu nationalist party swept to power in 2014 with promises to energise a moribund economy.

“His overall assessment will be that RBI has helped lay the foundation for faster, sustainable growth with low and stable inflation,” said A. Prasanna, an economist at ICICI Primary Dealership Ltd in Mumbai.

Rajan has lowered rates by 150 basis points since January last year, bringing the policy repo rate down to 6.5 percent, and he has argued that the benefits would have been far greater if banks had been less reluctant to lower lending rates.

That made the case for tackling their bad loans more pressing, but some bankers might hope the next RBI governor will be less aggressive.

To bring the government on the same page fighting inflation, Rajan championed the establishment of a monetary policy committee (MPC), as used by many other major economies, to devolve some responsibility away from the governor.

On Friday, the government formally adopted Rajan’s consumer price inflation target of 4 percent with 2 percentage points elbow room on either side.

Once the committee is formed it will comprise three members chosen by the government and three from the RBI, including the governor whose vote will be the decider in the event of any split.

The usual pressure on food prices going into the monsoon season pushed inflation up to 5.77 percent in June, near a two-year high and uncomfortably close to the top of the target range, reducing chances of Rajan delivering one last rate cut.

Rains have been above average, which could help make it easier to make rate cut, expected later in the year, without deviating from the path laid out by Rajan.

Rajan has said he would like to see an MPC in place before he goes – but the government has still to decide who will replace him, never mind pick a committee.

Any successor could be stretched to match Rajan for fresh ideas, but investors will be content to see the next governor follow through on the strategies he laid out.

“Today there is relative macro-economic stability, for which policy continuity here on will be more important,” said Radhika Rao, an economist for DBS Bank in Singapore.

“The groundwork for inflation targeting and a move towards a monetary policy committee has been laid, with the new governor expected to stay the course.”