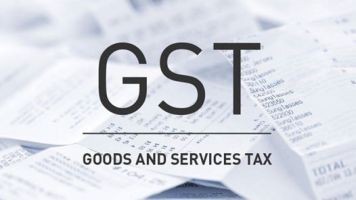 NEW DELHI: The Rajya Sabha kicked off a debate on a major tax reform on Wednesday that lawmakers were expected to back in a vote later on, as Finance Minister Arun Jaitley faced a call from the opposition not to overtax businesses and consumers.

The proposed Goods and Services Tax (GST) has been held up for years by political in-fighting, and its passage would mark a victory for Prime Minister Narendra Modi as he eyes an economic boost for Asia’s third-largest economy.

“GST is one of the most significant tax reforms in the history of India,” Jaitley told lawmakers.

India is already the world’s fastest growing large economy, expanding by 7.9 percent year-on-year in the March quarter. Economists at HSBC forecast the GST would produce a boost of 0.8 percentage points within three to five years.

Yet while the finance minister vowed to roll out the new sales tax as soon as possible, he refrained from committing to a firm date.

The vote on Wednesday involves a key constitutional amendment, which requires a two-thirds majority to pass. That will kick off a legislative marathon in which both the parliament and state assemblies will need to pass further laws setting the rate and scope of the GST.

It’s been a long time coming for the Modi government’s most ambitious reform. He had wanted the GST to come into effect this April and hoped to reap its economic dividends in time for his expected re-election bid in 2019.

Although the measure enjoyed broad political support, its passage was blocked by differences over its design, now riddled with compromises, that risk diluting its impact.

The two-year-old deadlock was broken only after the government offered concessions to the opposition Congress party, which originally proposed the GST while in power but has opposed what it termed as a “flawed” tax.

P. Chidambaram, Jaitley’s predecessor and a senior Congress leader, blamed the government for the deadlock.

“It could have been resolved in five minutes,” he said. “But the government was rather stubborn.”

Chidambaram warned of the risk of “creeping taxation” and urged capping the GST rate by law at 18 percent to ensure it is “non-inflationary, acceptable to public and an efficient way of taxing without tax evasion”.

He also asked for safeguards to prevent any tinkering in the rate without the approval from both houses of parliament.

Tax experts say that passing further legislation, training tax collectors, setting up IT systems and preparing companies for the new tax regime makes launching the GST by next April, the start of the next financial year, very challenging.

If all goes well, they say, a July or October 2017 start date looks more probable.